Returning from the pathetic action episode, Episode 7 returns us to the formula of background love triangle with some measly action sprinked on the side. Am I surprised by this? Not one bit but we’re through the halfway point and I feel no impact or lasting impression at this point in time.

While we got semblance of a promising grudge match between a highly disturbed pair of brothers, instead we just get Takeshi and series of horrific wet dreams.

I wish I was partially wrong

Mui’s brother is apparently a tough teacher but I don’t see what a Caster style mage can teach the so-called “Evasion” magic user. Mui and then Isoshima have another quarrel with Takeshi while Ida gets nothing. Anyways, the main problem for this episode is that Takeshi has some major issues from his dreams. The first one consisted of Isoshima getting killed, and then later Mui just biting it. Apparently, this caused some sleep deprivation and Takeshi collapses. 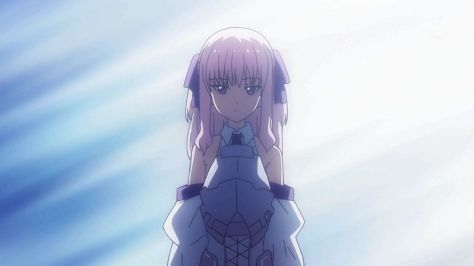 Takeshi is brought to the infirmary and is given confirmation that his condition is caused by his sword apparently. Pulling something straight out of Bleach, Takeshi seems to have neglected his sword (and of course, it’s appearance is that of a girl). Takeshi consults the fully healed Momoka and she helps him enter his own dream to just end his harassment. Long story short, he suceeds and subdues his sword. 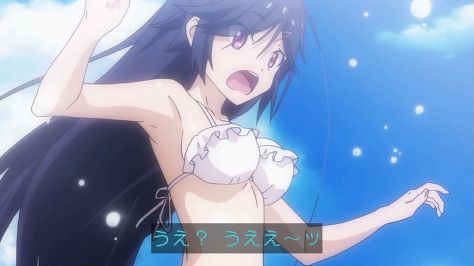 Light apparently reads this but I ponder how he managed to tolerate this. He’s someone with some absurdly high standards so I expected the stuff he reads to have at least a decent adaptation. I can either assume Option 1: The light novel is superior (which is usually the case) or it’s just actually bad and I’m being too generous. I guess I’ll ask when I have the chance.

But seriously, bring in some fights. This is Magical Warfare, not Magical Love Triangle and Teenage Angst