I’ve finally caught up with the games I’ve managed to finish and now I’m about to start another pretty soon. Will probably be a while before I finish it though, we’ll see if I my Nioh 1 skills are still kicking at all. Apparently there’s talks about the Elden Ring DLC being real so I hope that’s true. I recently booted up my 2nd playthrough’s file and have no idea what I was in the middle of doing.

The Palace of Shadows is a mysterious place sealed behind the Thousand Year Door. It’s like the gate to an actual dungeon which feels completely enclosed but then around 75% of the way through, you open up to an area that has a tower situated in the middle of a small moat. This area always felt oddly tranquil after fighting your way through the palace’s oppressive halls and wouldn’t you know it, there’s a bigass dragon just a screen away.

If chasing one’s dreams is the heavy-handed theme of Yakuza 5, familial relationships would be the one for Yakuza 6, although a bit more competently conveyed. I took a longer than average break between my playthrough of Yakuza 5 and 6 compared to how long I waited between 3 to 4 and then 4 to 5 and that was initially because of not only burnout from Yakuza 5 but also because I didn’t expect any good from the plot when the cover featured Haruka but also her son. After what Haruka dragged me through in Yakuza 5, I wasn’t sure if I could take more of it and I shelved Yakuza 6 for a while after tasting the first 5 minutes with the introduction (more of a return in my case) to the Dragon Engine tutorial fight with Nagumo.

When I came back however I was pleasantly surprised with what I got.

END_OF_DOCUMENT_TOKEN_TO_BE_REPLACED

I actually finished Yakuza 6 in around a week and I just need to pull some pictures from my PS5 since the thoughts are still fresh. I have a couple more games to go through but I think I’ll be taking my time going forward. Yakuza 6 was just special because it was a lot shorter than I thought it would be.

The Palace of Shadows is the final dungeon of the game and what’s actually behind the Thousand Year Door and it feels like a whole different world in there. My younger self was too dumb to realize I could walk out of the dungeon because of how conclusive the action felt. 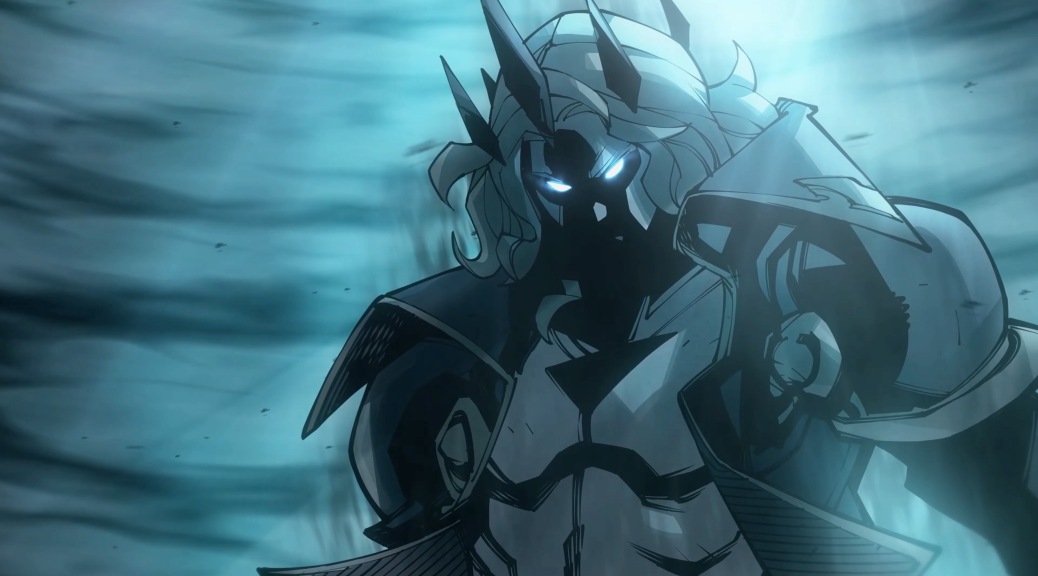 I sat on the Battle Chasers post for nearly 3 years because I didn’t have a lot of pics of my playthrough so I made sure to take as many as I could for Ruined King. Lo and behold, I took up close to 300 pictures when I needed less than 10 for this post.

Riot has really spread its wings after developing their single game for the better part of a decade, no doubt tired from balancing Summoner’s Rift for the millionth time. Between the incredibly successful Arcane and breaking out into different game genres such as Valorant and even having a fighting game in production. One of the other additions to multimedia franchises was Ruined King and I was pretty excited to learn it was made by none other than Airship Syndicate. News for the game didn’t really show up for a while until the game just released and I wasn’t able to get my hands on it for at least a year until it finally went on sale 2 months ago. Personally, while I believe it is superior to Battle Chasers in many ways, a couple issues hold it back from being as memorable.

END_OF_DOCUMENT_TOKEN_TO_BE_REPLACED

I’ve put this one off for nearly a year so let’s talk about our proud 2022 Game of the Year winner. As far as my opinion goes, it didn’t really have that much competition. The math tells me it took 52 days for me to finish Elden Ring but I count around 46 because I took a couple days off because I was busy with obligations and had no time to fit in a session because most of the early game stuff would take me like 4-5 hours a day, this game is THAT hard to put down. Allow me to preface this by also saying that I apologize for so many of the pictures being boring UI/Menu stuff, I mostly discuss the newer additions to the game as a long-time player of Fromsoft games so those were the elements I liked to discuss.

Let’s review the calendar and rewind the clock a bit. The last Fromsoft game was Sekiro in 2019 and Dark Souls 3 was another 3 years before that in 2016. You could consider the Demon’s Souls remake as one but that doesn’t count for me since I already played the original. It’s been SIX YEARS since we’ve had a traditional souls game and it definitely feels like it has been that long because it was such a refreshing system to return to. I was so glad to be back that I spent the first two hours of Elden Ring killing the Tree Sentinel because I knew I could do it. I was laughing through the whole thing as I committed his patterns to memory and finally killed him and unleashed myself to the rest of the game’s world.

Now, there’s no real reason for me to explain the gameplay of Elden Ring but I will be talking about the changes and my impressions on the new additions to the core gameplay. Then we’ll address the open world and the few of my issues for the experience.

END_OF_DOCUMENT_TOKEN_TO_BE_REPLACED

I’ve got two posts more or less ready to go, one’s going up tomorrow and the other just needs pictures. I actually have the pictures on my computer now so I can barely delay it without excuses. I have the desire to get these out now so I actually mean it when I say they’ll be done before the week ends.

This is one of my favorite themes in the game and “almost” makes up for the slog we had to go through getting here. The X-Naut fortress is revisited in almost every chapter interlude with Peach and some of the interior is even explored by her but exploring the level as Mario proper has this amazing techno theme playing. It dies down around the time you get to Grodus’ room and office but it plays right back up until you reach the end of the factory portion to have your last rematch against Crump and his mech.

I actually got games to play finally and I can move Elden Ring’s post up to be written unless I’m inspired to finish Ruined King and talk about it while it’s still fresh in memory. In the anime side of things I binged the entirety of Fufuu Ijou Koibito Miman. Don’t have “that” much to say about it to warrant a full post but that ending was pure season 2 bait. Speaking of those, I learned that Masamune-kun of all things is getting a 2nd season like 5 years since it aired. Crazy world.

The Moon is one half of your reward for suffering through the hunt for General White. It’s a neat little zone where you naturally jump higher with less gravity but your actual dungeon and my favorite dungeon in the game is settled in the background which you have to find your entry into.