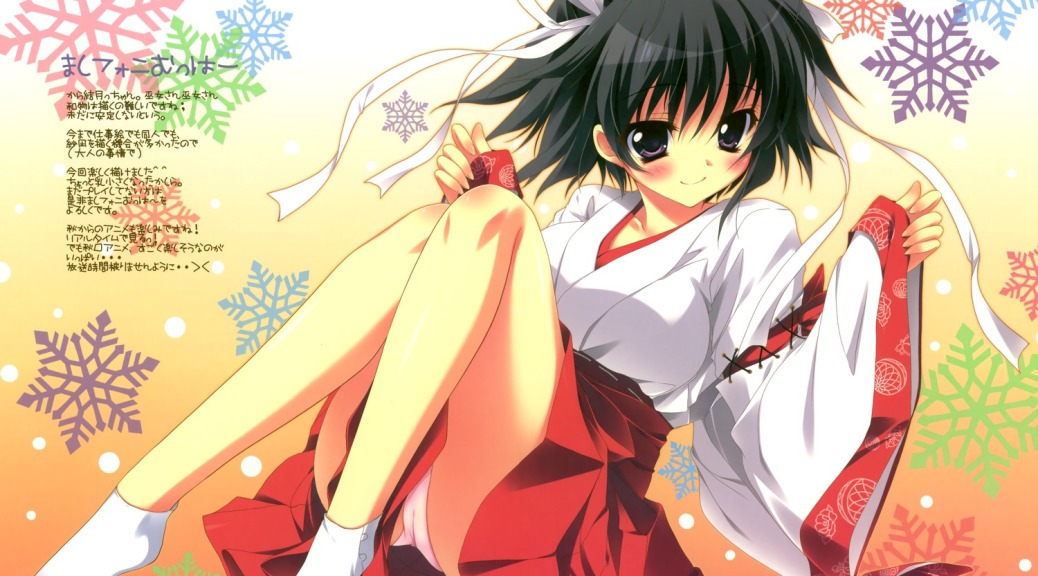 Congratulations Mashiro-Iro symphony! You have done something a lot of harem series failed to do, choose an actual good character for the end

For the sake of comparison, lets compare this series with another harem series that was made off from an eroge, Majikoi. Yes, that will be reviewed here as well.

Mashiro-Iro covers the merger of two schools and the story between the characters of said schools. One school being the Co-Ed Public school while the other is a private prep school for girls. Our main character is Uryu Shingo, yet another boring male lead. He and his step-sister (of course…) Sakuno and a handful of other students are picked to attend the all-girls school in preparation for the merger. Shingo, Sakuno, and his friend Hayato go to their new school and meet Ange, a student but also the maid for the school. She helps the trio get used to their new school’s enviroment. Through the day, they meet Sana and Miu members of an unofficial animal care club and finally Sena, the principal’s daughter and also the hotshot who hates guys. Our story goes from there 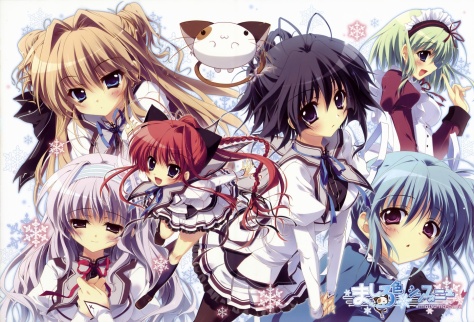 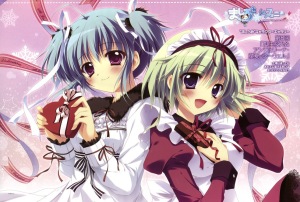 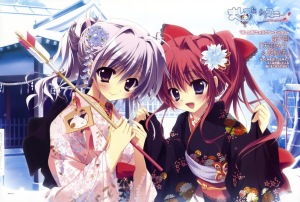 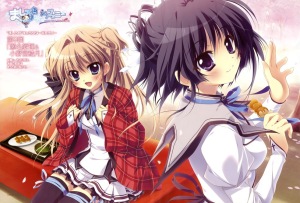 In case you didn’t know, Shingo ends up with Miu and they actually had a legit kiss, something I haven’t seen a series do. It was kinda…strange how they went for Sena but then tossed her aside and brought Miu and Sana into the picture. It’s an outrage that they only had Yutsuki show up for like 7 seconds.

Moving on to Majikoi’s synopsis

Majikoi is centered around the most strangest school I have ever seen. The school focuses on keeping samurai traditions and also, the practice in the battlefield and weapon use. Some school eh? Anyways, the school has this small group called the Kawakami Family, a bunch of kids who grew up together. Throw away your understandings of physics and average highschool fighters, it’s dragonball z in here 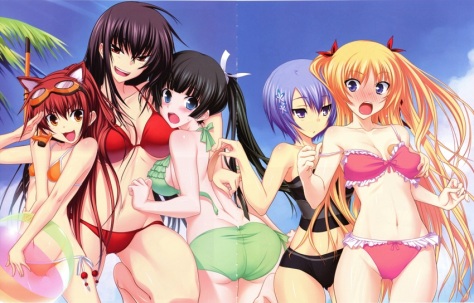 To be honest, there a LOT of other characters but literally only focused on these girls most of the time. We had side characters like the two perverts, the S classmen, Cookie and so much more. Not to mention Kuki Ahega from a different (but relevant series). They also had a character from the game’s unreleased fandisk (more or less expansion set, Tsubame, and she only showed up in the first and last episodes.

Now lets compare these two series so I can start the homework assigned to me on this wonderful winter break I have.

Like I said, Mashiro gave us an acceptable ending, which was that Shingo ended up with Miu. Majikoi dissapointed us by having Yamato confess that he fought for his crabs (he owns two hermit crabs in his room) after he inspired everyone to fight alongside him, or more like save his ass from getting beat. I guess it’s the ending that impacted my judgement the most. I wanted more Majikoi eps to be released during its airtime mostly because it was a lot funnier and more insane than Mashiro was. Mashiro gave us a good ending while Majikoi fell flat on its face trying to make something look awesome. Series like Majikoi must be hard to fit in on 12 episodes. You have to cover fight sequences, storylines, and the girls while in Mashiro it’s just school life and the girls. Majikoi the game was well recieved, moreso than Mashiro but the animes for me completely switched as I ended up liking Mashiro a little more than Majikoi.

That leads to the question of watching it, most of the people who are reading this probably watched on of these or both. Mashiro is just another series adapted from a regular highschool eroge, I am suprised however with no inclusion of a beach/hot springs episode. But it featured an ending, one girl for the main guy to be with so that actually got me. Majikoi was filled with fanservice (still with no beach/hotsprings) and had some more funny moments than in Mashiro but once again, bad end. Now to be honest, I would have hated or seen Mashiro a lot less…acceptable if it ended with someone OTHER than Miu. Like Hoshizora, they just HAD to pick Ui…literally I would have given the show props if they had a twist and the main character from Hoshizora was screwing the innkeeper.

For me, Mashiro should get a watch for good end and for Majikoi, you should watch the first half the series when they didn’t focus on the custom made plot for the anime series.

Pictures of Yutsuki from Mashiro 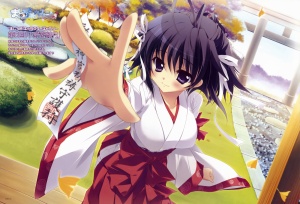 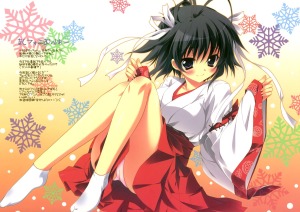 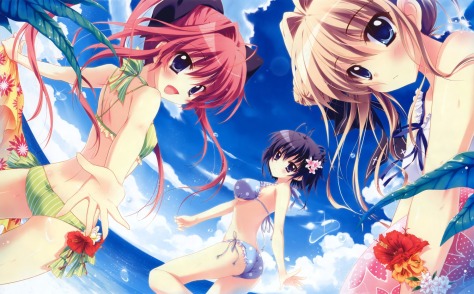