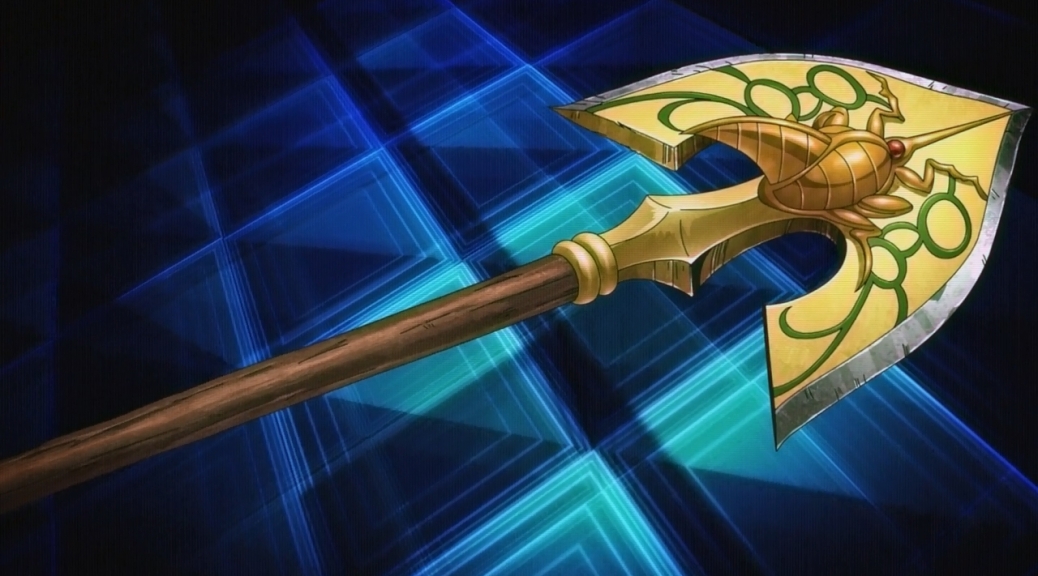 We return after the recap episode. That makes like what, 4?

Despite my efforts to not be lazy, I was unable to get this out before the new episode dropped. I thought about merging it but I feel that the real meat of the fight will happen next week so expect another post after this covering episode 30. Anyways, it’s mostly exposition and we’ll get to the action right quick after this.

The crew quickly vacate the shores of Sardinia with their clue and Giorno runs a picture of the bust Abbacchio made through the police network to try and find any clue as to who this might be. Trish remarks at how she feels that her father is nearby but Buccellati goes against the idea of confronting him now as they’re currently powerless to try and stop him. Giorno turns up no matches on the database to Buccellati’s dismay but a strange voice contacts them through the PC. Buccellati fears that they’re the ones who’ve been tracked down and demands Giorno to close the laptop but the voice pleads to them to stay on and assures that he is an ally. Buccellati is not convinced but the voice refers to the Boss by name, Diavolo, and knows the man’s Stand as King Crimson with the ability to skip through time. The voice explains that anyone who has survived Diavolo’s abilities must mean that they are an ally to be made in order to stop him together. The voice tells the crew to find him in Rome to obtain something that will help out in their fight but he promises that he can only give them a “possibility” to win. The voice reveals that he is in possession of another Stand Creating Arrow and we’re given the history of how in the 1970’s a research team discovered a meteorite containing an extra-terrestrial virus crash landed onto the earth and from similar meteors, a power hungry man crafted the arrows to bring out an individual’s true strength should it withstand the arrow’s shot. 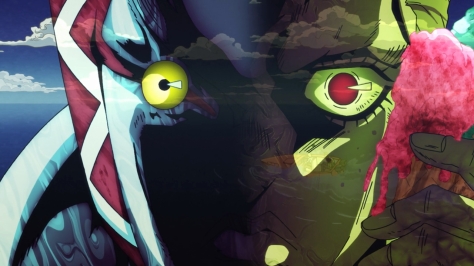 The crew race to the shores of Rome on their boat after being instructed to meet with their contact in the Colosseum. Similarly, Doppio boards a plane to beat them there and he contacted his two wretches of henchmen to deal with Buccellati’s crew before they arrive after Diavolo realizes that Abbacchio had died while still utilizing his power to help his allies. The crew pull up to land at the dead of night where a bunch of drunks are on some stairs while others are sleeping by the benches. Narancia and Mista act as lookouts and try to wait for the drunks to leave but soon realize that something is off when one of the homeless lose the bottom half of their body to some green looking mold. As the duo realize that the homeless are all being killed off by an enemy stand, Mista soon sees some green mold on himself as well and panics.

Narancia panics at this sight and jumps back on the boat but the mold on him begins to affect him and the crew realize at how when one of the homeless jumped off the stairs he had the mold completely consume him. The deduce that the enemy stand activates based on the relative elevation of its targets and Narancia jumping onto the boat docked lower to the pier has him and the turtle be affected by the mold. Mista shoots the boat’s engine to send them all flying towards the upper areas and they get themselves to safety. The rest of the episode details Cioccolata and his early discovery of his twisted nature and his partner Secco, who somehow stuck with his deranged doctor enough to want to help him.