Shinmai got dropped, all it’s good for is just for images and there’s really no need to have more of it when it isn’t really needed. The two harems remain but mostly for comparison and to see if any of these show something interesting later on, as is usually the case for light novels. The rest I’ve enjoyed remain the same.

Pretty much a filler episode since originally, the pool scenes were supposed to feature one more character that was vital to the upcoming arc. Instead that specific character is shown twice in a grand total of 6 seconds of screentime and the focus is put back to the main duo’s relationship, although that really doesn’t have enough bearings to keep me entertained. The only thing I enjoy about this shit is the opening, which changed a sequence in the intro from the bow fight to the upcoming one with the sword-whip. 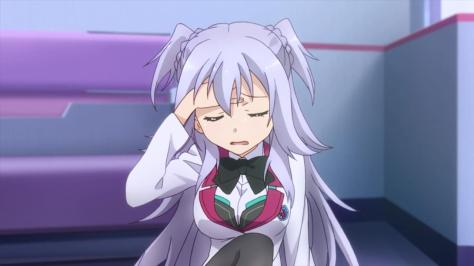 Nothing worth paying attention to because I just remembered that even this series has a school tournament/festival/whatever fancy synonym to a dance that they’re going to hold but we probably won’t even see half of it due to events in between. Nothing to take home from this episode other than an abused, fairly large chested, shy girl is ranked 1 in the school.

A rather “dramatic” episode that sets up the future banter between Aika and Reiko. If you didn’t notice that I used actual names instead of just using simple pronouns. I actually went ahead and caught up with the entire scanlated manga thus far and suffice to say, I thoroughly enjoyed what I read, isn’t that just rare. Anyways, I recognized the events pretty quickly and from the title, I knew it was going to be “that” chapter where a small fight breaks out and causes the comedic rift for the two girls to start. However, the music was hilariously, overly tense and I guess it somewhat contrasted to the petty fighting going on. That’s just me though, it might have seemed really out of place and I perfectly understand that viewpoint. But from here on out, it’s smooth sailing and I’m waiting for a few select chapters to be adapted so here’s hoping. 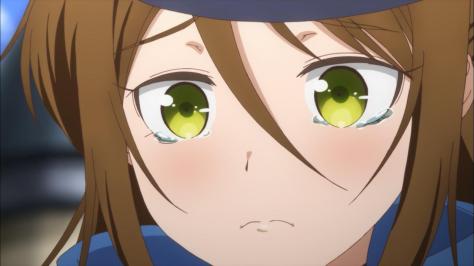 I should have already guessed that Anti Magic is just rushing past its volumes but even then, I find its character dynamics to be on a different level to Asterisk and Rakudai, for the sole reason that not every girl is after Takeru’s dick. Well, only two but the others don’t seem that interested and that’s all it takes. Mari and Ouka also have themselves a rivalry that is definitely pronounced while Usagi and Ikaruga just do their own thing, like I said, that’s all you need to have better team composition and semi interesting characters compared to a lot of other series. Anyways, Mari had herself more trust issues but that culminates with quintessential, evil priest named Haunted who causes some troubles. Can’t forget to mention, his entrance killed one of the teammates of Takeru’s acquaintance, which was pretty brutal.

Saitama and Genos beasts through their Hero Examinations and through some level of favoritism, Genos gets ranked S while Saitama is only given a C. Other than the discrepancy in the ranking and how nonsensical it is to have hero ranks based off written tests, the high light of the episode was the “mock battle” between Genos and Saitama, where the former wanted to go all out and push Saitama to acknowledge him. Genos’ array of moves are impressive but Saitama is requested to show some seriousness and delivers a punch, inches away from Genos’ face, and the latter fully realizes that his “master” is on a completely different level in terms of power.