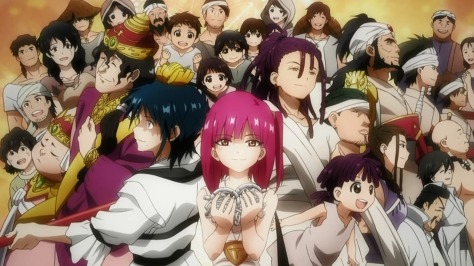 While the manga of Magi still continues on, the anime adaptation ended with the Zagan arc with no “definitive” end. While the first introductory arcs and the Balbadd were well done, Sindria’s arc was extremely condensed. Oh well, it’s either a sign that they’re not going to continue with Magi or they just REALLY needed to wrap it up fast. Either way, let’s get the show on the road

The actual fight with our anime-only Corrupted Alibaba isn’t too much of a fight on its own. Morgiana tries to get a few kicks in and Hakuryu actually does something because of Zagan’s power. That’s all a diversion for Aladdin to pierce through Alibaba’s mind. So once again the show invoke the inner struggle type thing going on with “cursing one’s fate” and what-not. It happened with Kassim, Dunya, and the anime makes Alibaba succumb to inner negativity as well. Aladdin however cleanses him of that negativity because we all know: Alibaba is a f*cking hero. While the series portrayed that relationship between Aladdin and Alibaba nicely, it was an expected outcome. With that, Ithnan gets his ass whooped by Sinbad while getting himself cleansed by Aladdin’s power. The generals also defeat their respective opponents. Everything ends on a happy note. I particularly liked the ending though, we get to see Magnostad, Reim, Kou, and the other Magi (I forget his name) wandering the world.

Only three people getting personal thoughts on? Well since it’s a shounen series thats still continuing, there’s a large bunch of character I need to cover. To be short: Kogyoku came off a bit crazy, but she turned adorable later on. She can still fight like a pro too. Hakuei had like 2-3 episodes, perhaps we’ll see more of her when Kou gets more involved. Someone please punch Judal for me. In terms of Sindria, I only pay attention to Sinbad, Masrur, Jafar, and Yamu. Everyone else seems…really familiar in terms of their powers and looks. 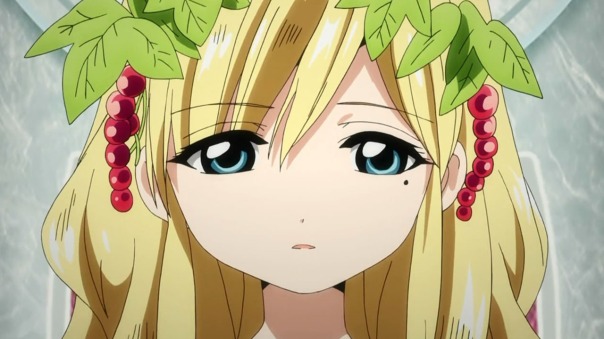 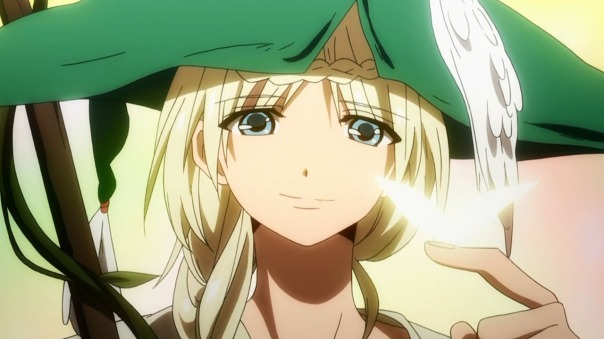 I picked up Magi’s manga around the…well after I watched Episodes 1-2. So I basically read ahead up to Balbadd and Sindria before they even got to Balbadd in the story. Balbadd was a good arc and was nicely done in the animation while Sindria got skewed up pretty hard. While I’m okay with skipping some manga parts to get to the fun parts faster, changing stuff completely isn’t really a good substitute. In the manga, Hakuryu gets his arm chopped off after the fight. The fight ultimately ends with our heroes losing and their respective mentors show up to fight Al Thamen’s agents. Alibaba getting corrupted never happened. While it isn’t semi-perfect like the Jojo’s Manga to Anime transition, Magi did a good job until we reached Sindria 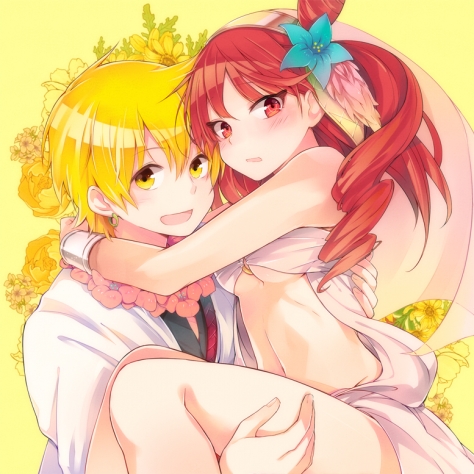 So what I basically think of the anime, is purely based off the manga, and if the manga made me read at least 80 chapters ahead then of course it was a good experience. Magi takes us away from ninjas, pirates, and highschools to bring us to a setting where not a lot of people would think of using. It has a pretty good blend of characters for the main cast and war is around the corner everywhere. I would suggest you read the manga if you’re too impatient to wait for a new season announcement (I personally doubt one). I don’t want to spoil anything but Aladdin and Alibaba become pretty damn strong in the current arc. Alibaba was to block a Fanalis’s metal vessel with his own.

This was one of the shorter reviews because the smaller character list but nonetheless, you have the backdrop manga for you read ahead in and plenty of stuff is going on there. From where things got skewed, I would suggest just reading the chapters after the Balbadd Arc. So if you’re a fan of the manga, the anime will does well until the end and for the new fans who got into the anime, the manga is pretty far ahead and there’s plenty of stuff for your enjoyment. For a numerical score, I give Magi an 8/10, stopping itself from getting an 8.5 or even a 9 because of it’s finale (and Sindria) 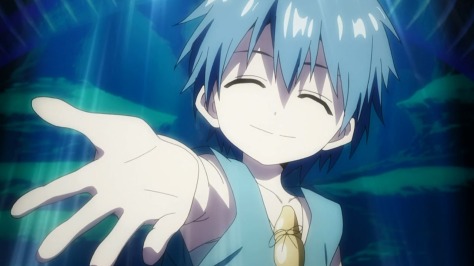 2 thoughts on “Magi: The Labryinth of Magic Series Review”