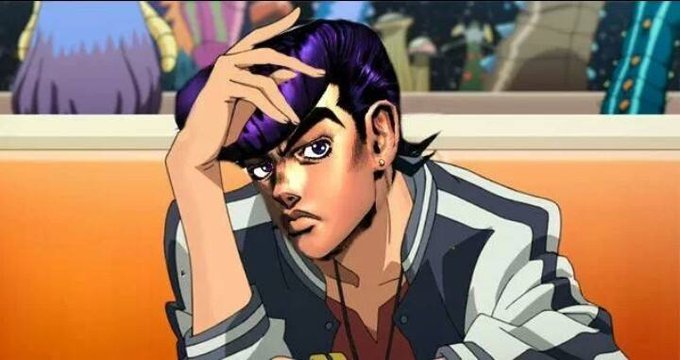 Since I’m somewhat delayed, I decided to ditch the summaries and go straight for my reactions.

Winter season started nearly a month ago and I was unable to keep up with it because of family members. My time got freed up and I was catching up with finalizing the Fall anime stuff. But with those out of the way, we move on to the new year with a new season.

Suffice to say, I honestly did not see too much potential with the series presented this season. Only two so far that I really like.

There’s a bit more down below but the above should summarize my basic thoughts.

Space Dandy (1-3): Anything Shinichiro Watanabe touches basically means it’s going to have good music. He worked with Yoko Kanno on Bebop, and number of people like Fat Jon and Nujabes for Champloo, and now I have no idea who it is but I’m loving the groovy tune of Dandy. He’s not fight material like Mugen or Spike was but he’s an enjoyable character to watch. Colors remind me of Jojo and just because it’s the right amount of weird, I’m really liking it so far. It’s strange but I felt choked up with the second episode with the lonely ramen shop owner. 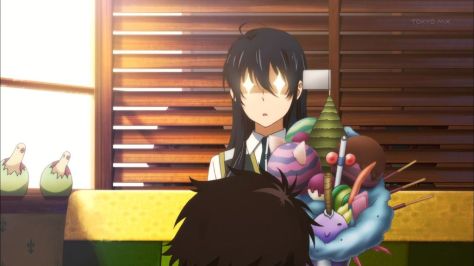 Witch Craft (1-2): Boring main character is rescued by the mysterious but attractive girl that seems way out of his league. It’s DxD, Zombie, and like every other fanservice series I tend to painfully watch. Fanservice doesn’t seem to be its goal here, nor do I see more girls on the protagonist’s dick so hope is still there. She REALLY seems to like our protagonist for whatever reason. Close to being dropped for just being boring, I’ll judge that sooner or later.

(Admit it, this is what caught your attention the most)

Mahou Sensou (1-2): Aria vibe from Mui, which obviously makes me extremely cautious. Takeshi already has problems with his family but has a nice girlfriend which is something rare in a series like this. 3 Friends and 1 mysterious girl becoming embroiled in some sort of war that concerns magic. Sounds like something out of Bleach but as long as it doesn’t take a trip to Spain and Germany, I can calm myself down. The kids are brought into the alternate world of magic users and get a rundown of the school facility where we’re all told of the great war that occured a decade and a half ago. Anyways, since they have magic, they’re recommended to stay here and learn their magic. Everyone has something called an “Aspect” or basically their personal catalyst to channel their magic. Takeshi doesn’t have one and takes a trip to the shop to find himself a nice sword. It’s “okay” but I guess it’ll pick up seeing as though war seems to be the focus.

Nisekoi (1-2): Love Hina with Yakuzas. Raku meets Chitoge, bad relationship, relationship equalized, turns out that he has to fake a relationship under orders by his Yakuza boss father. Chitoge is exactly the type of character I despise but Kana Hanazawa as a side character alleviates my pain stricken ears. Chitoge does prove to be cute when docile on a fake date excursion. Onodera is either faking this or really is that girl that Raku made the “Love Hina” promise to. It made me laugh, and taking that as a sign of good faith, I’ll keep up with it. 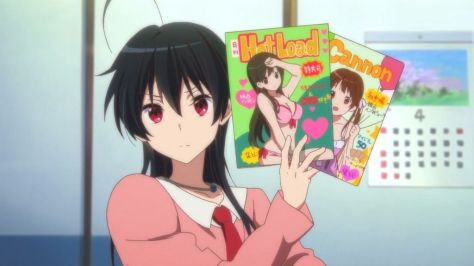 Chunnibyou (1-2): I’m damn sure I picked up a Jojo reference in here. The old charm has somewhat worn on me but either way, I get to see more Touka, Nibutani, and hopefully more chunnibyou-less Dekomori. I don’t expect them to pull off what they did in the first season which redeemed itself so it’s just going to be dumb fun. The whole point of the last season was basically to embrace those who do suffer from this syndrome (apparently only with those who suffered with parental loss) but remember that I didn’t like Rika too much. I wonder where they will eventually go with this so I’ll keep up with it.