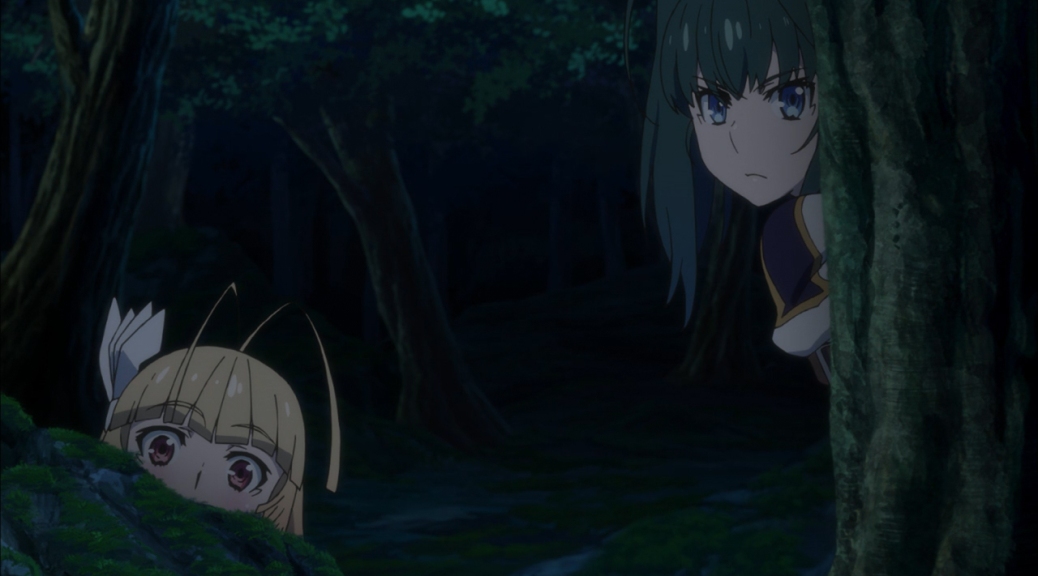 We’ve got some divide and conquering action scenes going on while the crew sneak around and sabotage the entire facility. Quite the action packed episode and the great thing is, even more action awaits in the next arc.

Toru and the two Chaika’s are separated as the former is led back to a cell while the latter are placed into an experimentation room.  The guards incompetence however get all three captives freed and the scramble begins as Toru tries to track down Chaika while the duo try to find a way and escape the facility. The two Chaika’s make their way in and out of sight and arrive at the room with the current project of the island, the humanoid being in Izhmash’s room. As Chaika approaches it, it begins to respond. It calls itself Niva Lada and it decides to follow around Chaika.

Izhmash returns to his room only to find Niva Lada gone and prioritizes retrieving her over the Chaika’s. He alerts the guards and orders for more Fayla to be sent on the hunt. Meanwhile on the outside, Akari and Freddie spy on a few more demi-humans enter the facility and they decide to break in through the entry point. Freddie smashes their way inside and the two run into Red Chaika’s companions in their cell. While Akari refuses to let them out of their cell, David mentions that he will pay them back. Akari and Freddie initially ignore the plea but after they find Chaika’s gundo and the weapons of Red Chaika’s crew, they decide to free them and they separate shortly after.

Akari and Freddie run into the two named demi-humans from before who were planned to be executed and they beg the duo to free them as they offer to be their guides around the facility. The two Chaika’s and Niva Lada are cornered in a large hallway but Toru is able to reunite with them and fight their way out. On the other end, Freddie and Akari are led by the demi-humans and are told of the control tower that relays orders to all the fayla on the island. David and Selma coincidentally reach the holding pen for the unicorns and when Izhmash deploys them, the duo block off the entrance. The combined crew reunite outside the facility and make way for the control tower as the amassed fayla could easily overwhelm them.

Chaika is then placed as the main sniper to take down the magic control tower while everyone else provides cover for her. The initial snipe is unable to penetrate the magic shield but Niva Lada turns out to be a living gundo and reinforces Chaika’s gundo and is able to devastate the control tower. The crews separate on a good note and the plan continues to be gathering the remains.

In the war council however, they mention a fighting tournament held by the Stephen Hartgen with one of the pieces of Gaz’s remains as the grand prize.

I think I heard somewhere that the Red Team does eventually join the White team to continue the search together but with the next arc already foreshadowed and after the departure, I doubt that will happen here. Regarding the teaming up, I really liked the organization they had and how they orchestrated all the right things to lessen the intensity of their dire situation. Great action and I always love big teamwork operations. Another thing is that I remember some light novel scenes illustrating the following arc and I’m sure Frederika takes a more active stance in the tournaments to come. I’ll be looking forward to the next few episodes.