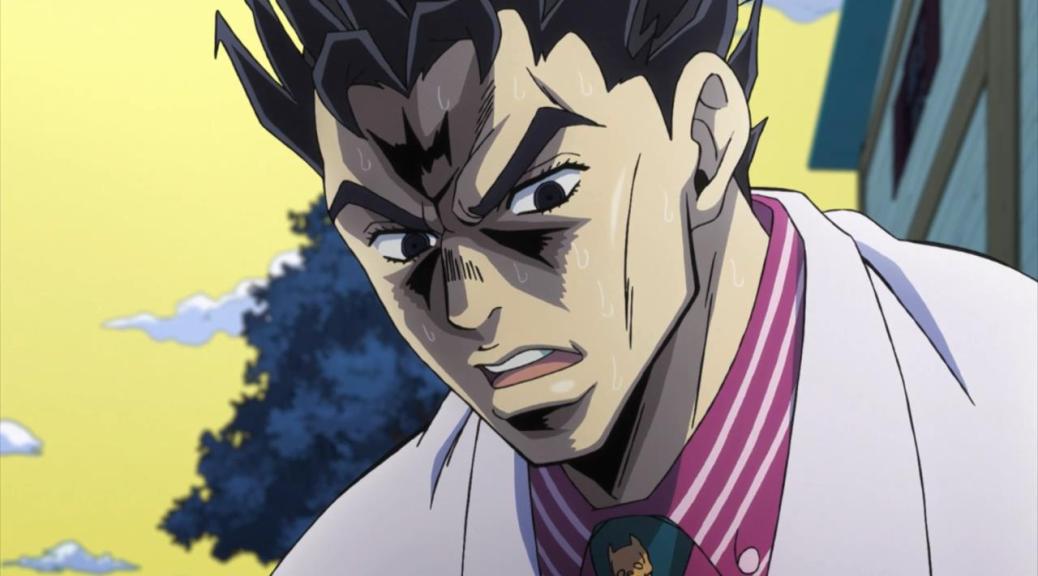 Yeah, the visuals are definitely taking a dip in quality now. I had my expectations for this episode that which, by content, was met very well. However, as you could have figured out, it was the quality of the visuals that really suffered in one of my more favored “arcs” of the series. No matter, I at least hope the blurays don’t bring me down because that’s the standard these days to expect better BD versions. I will say though that this episode had some newer Tracks for Kira which were great to hear. Also, that effect where Killer Queen appears with Kira’s eyes glowing, it’s so damn distinctive from how other Stands appear.

But we really are closing in on the end of Part 4, with only three more “fights” left before we enter the final stretch.