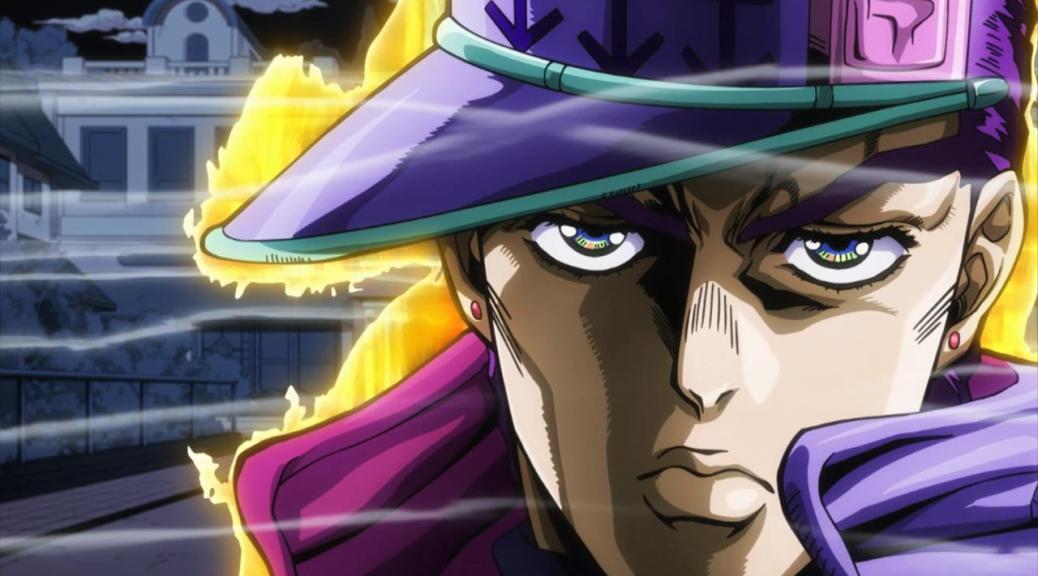 And that’s all folks.

Whereas the final Volume of Part 4 (Volume 47) was halved to feature the next Jojo, the way that DP handled the ending to the series really hammered down the feel of the homely town of Morioh. While a few visual hiccups, just a handful, were present, I think the music and the line delivery were at their very best and I can confidently say that the adaptation wasn’t a disappointment. Congratulations David Productions, you’re going 4 for 4.

Will most likely do an overall recap on my thoughts of the adaptation sometime soon.

END_OF_DOCUMENT_TOKEN_TO_BE_REPLACED

And the QUALITY dips in.

As the final battle actually begins, we get our fair share of good shots between some really poor looking ones. Another spread-panel that I really loved got simplified to a single shot again but oh well. This isn’t something I didn’t expect and I honestly expected worse but some of the far-away shots definitely look way too silly. Other than that, the voice acting and the fight sequences generally looked pretty decent which is a good thing because decent becomes great once the BDs hit, I hope.

Anyway, we have two more episodes to go and I better see my Part 5 lead-off with Koichi

END_OF_DOCUMENT_TOKEN_TO_BE_REPLACED

So far so good. The finale has yet to reach any scenes of serious awkwardness in its visual quality for me to really complain on anything about. This week’s intro was also radically changed to fit the Bites the Dust saga with varying amounts of time fuckery, music distortion, and utilizing the final chorus from the full version of Great Days. I personally wouldn’t have minded something a bit more simpler to listen to but I’m glad they bothered to change it.

It’s kind of surreal to think that the series is quickly coming to an end. This is one of my favorite parts, but to be fair, any Part after Part 3 are amazing in their own way in the whole Stand deal. I can only hope for Vento Aureo’s announcement to happen around the Spring and maybe air next Fall.

END_OF_DOCUMENT_TOKEN_TO_BE_REPLACED

I’m genuinely surprised and you can probably guess why. I’ve been on a tirade on how the visual quality has been dropping since months ago but this episode didn’t have as many hiccups as I would have thought. But of course, it’s still way too early as the exciting moments have only just begun as the final battle of Part 4 kicks off.

I only hope that the rest of the episodes to send off this part look as great as this since the action hasn’t even started yet. Here’s hoping for consistency in the future.

END_OF_DOCUMENT_TOKEN_TO_BE_REPLACED

To my exact fears, the panel I so wanted to see animated turned out to be a disappointment. Not a complete disappointment because the act itself is cool as all hell but it just looked wonky as hell. The entire scene with Kira talking to the girl after blowing up her boyfriend looked so off but just the context of that scene enough didn’t completely make me hate it since it’s a damn cool scene anyway. Whereas I didn’t really need to review Part 3’s adaptation all that much, Part 4’s review might just be more than praises being thrown out.

But to be fair, this is what modern day Bluray releases are for so maybe there’s something better coming along.

END_OF_DOCUMENT_TOKEN_TO_BE_REPLACED 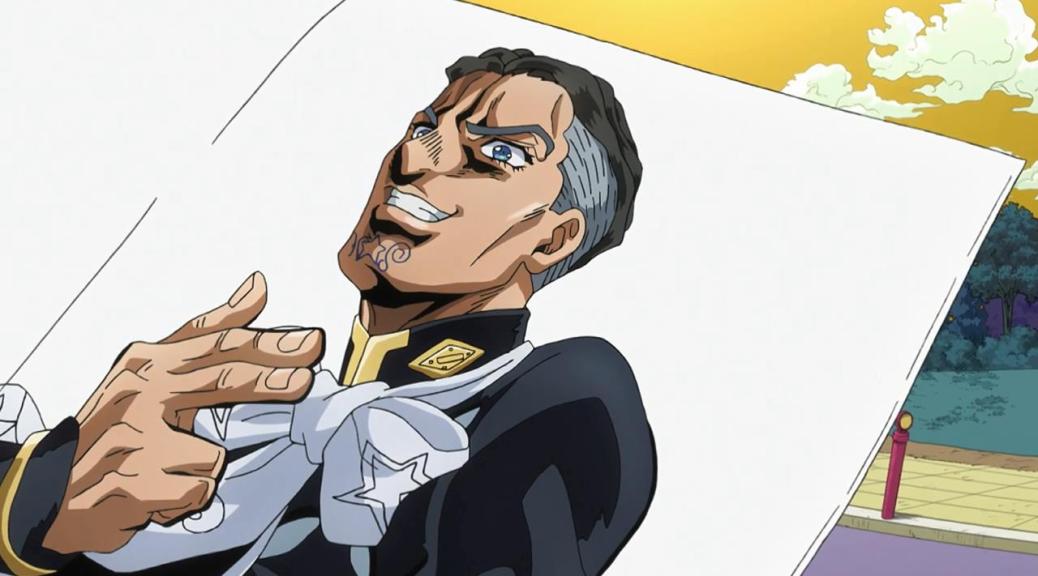 As suspected, it seems that we’ll be continuing through the Cheap Trick arc for one more episode. Coupled with that, it seems that we’ll be moving straight along Hayato’s little mini-arc, that directly leads us to the final arc, in the back. This episode once again showcased extremely noticeable dips in quality such as Rohan flailing around to get Cheap Trick off of him and Terunosuke’s attempts to ward off Josuke after Yuuya frees the latter. Here’s hoping for the final arcs to look decent, especially my favorite panel spread in the entire part.

I’ll be sure to keep my hopes mediated though.

END_OF_DOCUMENT_TOKEN_TO_BE_REPLACED

Yeah, the visuals are definitely taking a dip in quality now. I had my expectations for this episode that which, by content, was met very well. However, as you could have figured out, it was the quality of the visuals that really suffered in one of my more favored “arcs” of the series. No matter, I at least hope the blurays don’t bring me down because that’s the standard these days to expect better BD versions. I will say though that this episode had some newer Tracks for Kira which were great to hear. Also, that effect where Killer Queen appears with Kira’s eyes glowing, it’s so damn distinctive from how other Stands appear.

But we really are closing in on the end of Part 4, with only three more “fights” left before we enter the final stretch.