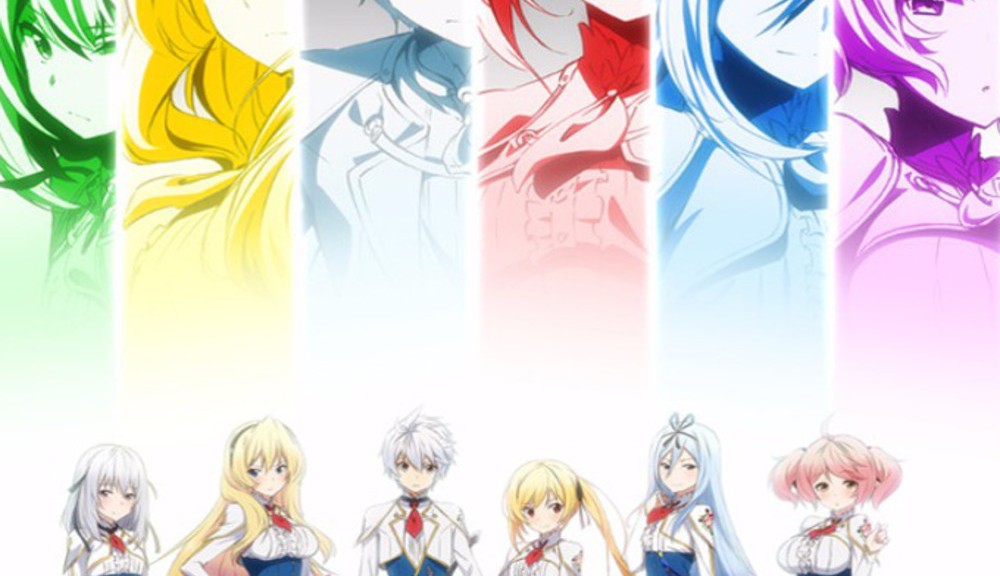 Criticizing stuff like this is my lifeblood. No one expects these to be good but it says something when these keep getting pumped out.

To many, the three battle harems of last season was something to be laughed at. For all their similarities, the premises, the fact that two of them aired within a few hours of each other with the criminally same first episode, and just the notion that carbon copy harems seem to be coming out in droves every season. Hilariously enough, Undefeated Bahamut Chronicle was the only one of its “battle academy harem” kind this season and how hilarious it was to realize how decent last season actually was compared to this mess.

You could actually say that the general anime audience was “spoiled” through the trio of harems last season and I can certainly admit that all three of them had some aspect of work put into them that made them superior than what most other harems lack, but I’m probably giving the three from before a lot more credit because I actually attempted to analyze them deeper than I normally do. Hell, so much in fact I decided to continue using this format of reviews. In almost every aspect, Bahamut showed me how you could make something so incredibly generic and devoid of any sort of tension or drama that somehow trumped the worst parts of last season. It isn’t completely without some redeeming traits but the bad outweighs the good.