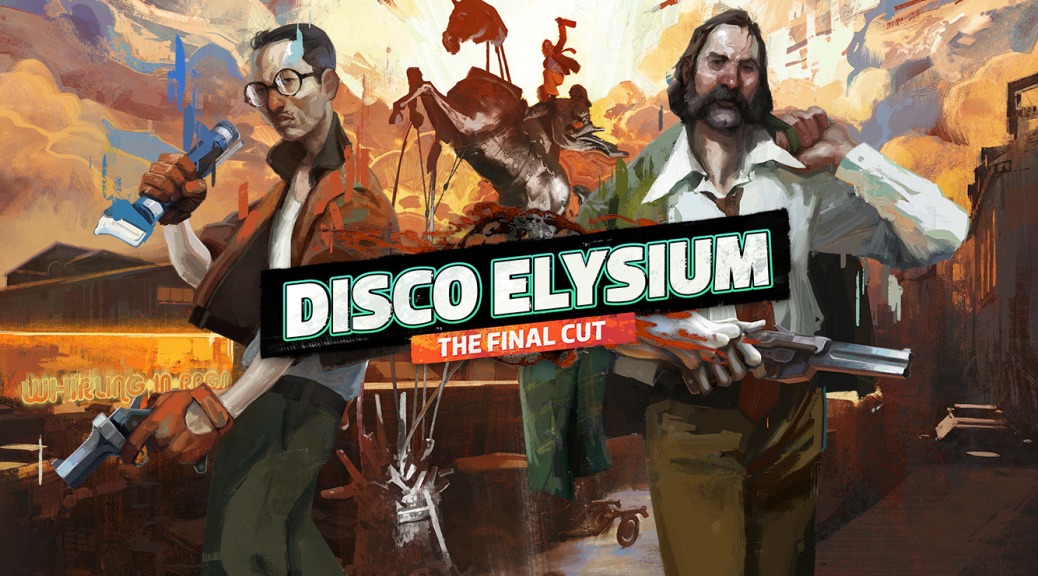 Writing about this game is going to be pretty tough since it’s not so much a videogame experience as compared to a point and click adventure game with a lot of fun dialogue. If I was to describe Disco Elysium in a single world it would be “cerebral” because one of the most charming points was how the player character’s different brain functions would converse with each other as if they were your party members. Playing off on that, the entire world of Disco Elysium is a detailed alternate universe history where historical parallels have made an entirely different world and it is presented to you in a pleasantly weird and unique way.

I apologize in advance for the lack of pictures. For one, they delayed this post for at least a couple months and also because I don’t have much variety here aside from some quick thoughts.

END_OF_DOCUMENT_TOKEN_TO_BE_REPLACED

5 Characters, 5 Cities, and a shitton of minigames across each one and a side-story, Yakuza 5 is easily the most ambitious Yakuza title that trumps even 0 and the kiwami titles in the amount of content you are free to explore.

Yakuza 5 is the last chronologically released mainline Yakuza game before the advent of Yakuza 0 and the Kiwami’s and part of me really wants to do a recap on the series so far and how my statement about starting with Yakuza 0 might color my opinions on the series as a whole. We’ll see, but first we still have one big ass game to get through.

END_OF_DOCUMENT_TOKEN_TO_BE_REPLACED

In Kiwami 2 there was a sidestory where Kiryuu runs into a movie director working on his 4th movie in a running series of yakuza films but has doubts he can make the 4th entry good as his work on the 3rd entry was not as well received. I heard somewhere that this story ran parallel to the series proper as apparently 3 wasn’t the most well-received in the series and many doubts were had with the series’ direction. To me, my opinion on 3 was purely story related as I didn’t find either the plot twists or its final villain all that strong compared to the weight behind Nishikiyama and Ryuji’s stories despite other elements impeding them.

Thankfully, I think 4 was a bold new move forward.

END_OF_DOCUMENT_TOKEN_TO_BE_REPLACED Years ago I had the great pleasure of playing inFAMOUS 1 and 2 on my PS3, the former of which was one of the first three PS3 games I’ve ever played. It was Devil May Cry 4, the first real reason I invested in a PS3 and a game which I played way too much of, Ghostbusters the videogame, and then inFAMOUS. inFAMOUS held the first distinction of being the first platinum trophy I worked for and it holds a special place in my heart along with inFAMOUS 2 which I remember going to pick up at a Gamestop on release day for the special edition. Suffice it to say, I loved inFAMOUS 2 as well and platinumed that too. With the advent of the PS4, Sucker Punch came back with Second Son and then First Light but even I could tell from a glance and some gameplay videos that Second Son wasn’t going to match up to the previous iterations, and my hunch turned out right. For the large remainder of the PS4 era, many considered Second Son as just “okay” and more of a tech demo for the console.

Then a couple years ago as we discussed in the Sekiro post, Sucker Punch came back to E3 with a rather vague but definitely Japanese styled game for their future title, the flute performance got joked on for a bit and we got the title Ghost of Tsushima and like Sekiro, I mostly didn’t care to pay attention to it afterwards. Once it came out, I fumbled around the idea of buying it in my head for a bit but went first with Sekiro since it’s GoTY edition was cheaper and on sale.

So after years of ignoring the State of Plays, commercials, and most of its marketing, my interest in continuing my streak of feudal Japan inspired settings fueled by Sekiro made me eye Ghost of Tsushima with renewed interest.

END_OF_DOCUMENT_TOKEN_TO_BE_REPLACED Even in the earliest of Souls games, active defense was more optimally achieved by the dodge roll. It universally costed the same amount of stamina for a roll than it would be to block an attack and 100% reduction shields or specific attacks would require a bit more effort to find and upgrade than simply rolling through enemy attacks. Certain bosses would be way too much on the stamina drain for a proper offense to be mounted ala Fume Knight so by Dark Souls II, the message was for players to start rolling more often. Out comes Bloodborne that did away with shields all together, even making fun of the idea, and added quick-step dodges when locked on. The emphasis on aggression, offensively parrying with firearms, lack of equipment weight and rolling penalties, and even healing HP lost with the rally mechanic all pointed towards a refinement given to the combat system. Dark Souls 3 kept some of this design philosophy with an increased invulnerability to the rolls, a mechanic that’s a far cry from Dark Souls 2’s rolling invulnerability tied to the Adaptability and Agility stat.

So how does Sekiro push the envelope in its design philosophy?

END_OF_DOCUMENT_TOKEN_TO_BE_REPLACED 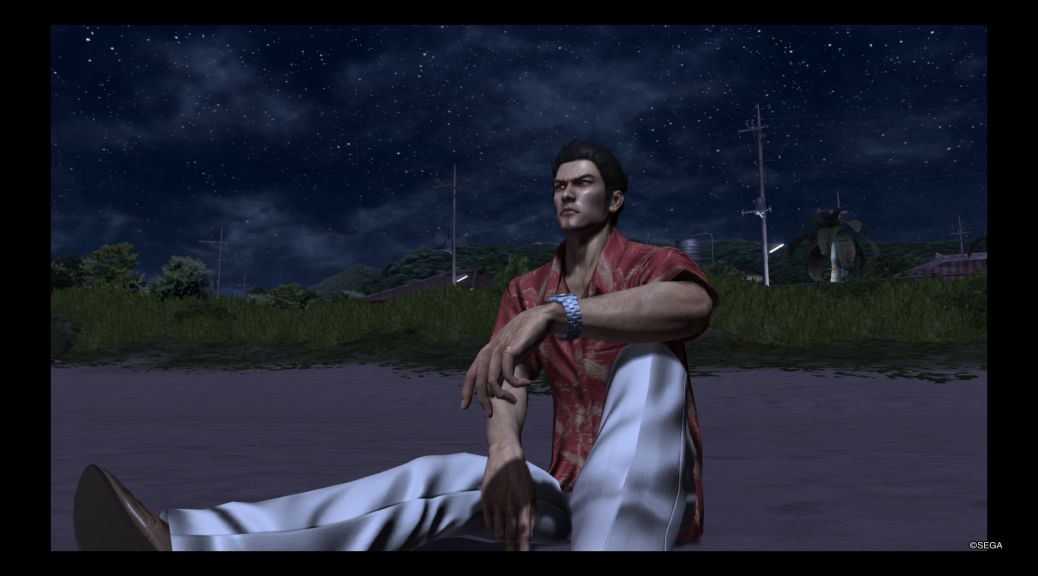 Kiryuu’s out, or so he hopes.

Yakuza 3 HD came as part of the Remastered Collection featuring the HD rereleases of 3, 4, and 5, the games preceding Yakuza 0 and 6’s release. I adamantly stated that by starting with 0, I would set myself up for disappointment down the road and I tried to go by the games chronologically and try to understand that 0 has spoiled me in multiple ways. In some ways, I think I’m starting to see the cracks present in the series and why many would have had that sentiment as to why starting with 0 might devalue the rest of the series.

And honestly? It’s just the story that makes me feel this way.

END_OF_DOCUMENT_TOKEN_TO_BE_REPLACED

Hollow Knight is in a strange place for me right now because I have more or less finished the game but have the Godmaster DLC content that I haven’t been able to beat and I imagine my predicament is where most people who play this game are in. As of this writing I’m stuck at the Pure Vessel and haven’t even managed to get to Absolute Radiance’s pantheon but these are the only remaining things left to do in the game for me, aside from Steel Soul mode.

Before really having the chance to play Hollow Knight, I had only heard about it and most of them were usually praising the game. I really didn’t know too many specifics as to why but it never really struck me to try it out anytime sooner. Coincidentally, after I had talked about wanting to take a break from Yakuza with a much “smaller” game, Hollow Knight went for free on the PS+ monthly games and I saw no reason not to try it out.

And after playing it as much as I did with around 80+ hours sunk in, all I can say is

I wish I actually paid for it.