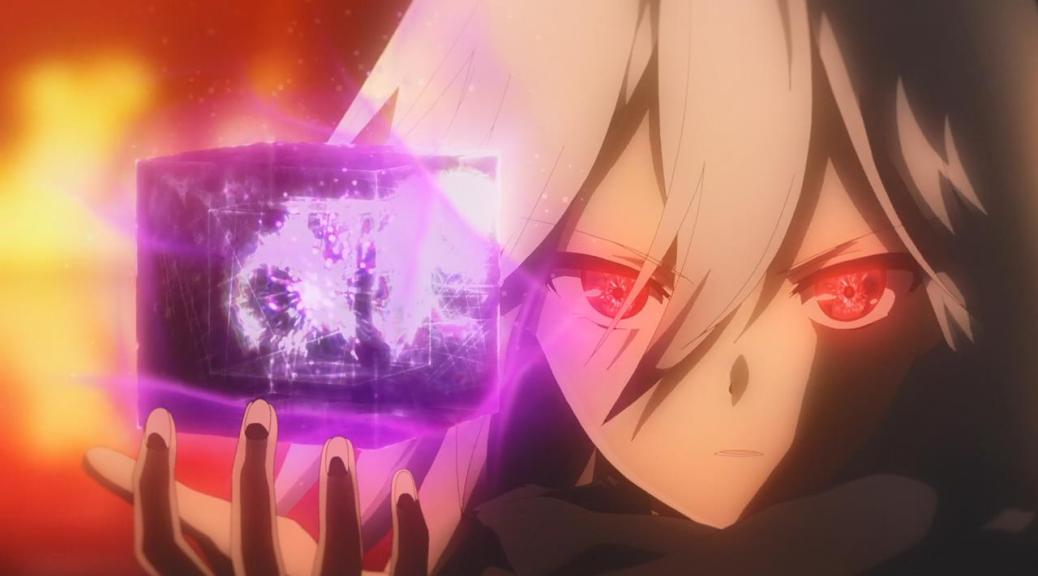 Remember when I covered Fate/Extra Last Encore and then it decided to wait 4 months to show off it’s last episode. Well it’s happening here as the last 2 episodes will be delayed until March. A bit of both disheartening news for some understandable reasons that I can only hope pays off for them well.

So let’s see what we’re left with.

Enterprise begins to feel the full effects of whatever the hell actually happened to her and passes out in the hallway after a vision involving Code G and more portents of endless warfare. Her repeated attempts at getting rid of Belfast culminates with the latter’s ultimatum and forcing her to sit down and take better care of herself. All the while the rest of the base go about their lives. Ayanami’s plotline seems to be wrapping up right quick with her sharing her sentiments about wanting to protect those she cares for and the others more or less agreeing to do just that.

Which is convenient because Nagato informs Kaga that the Orochi project is now on hold with Akagi gone and the rest of the empire pretty much decides to relax with that declaration. Kaga gets a vision or something around those lines of Amagi and Akagi where Kaga comes to the realization that she could never assure Akagi as much as Amagi could, even so, Kaga finds it her duty to continue Akagi’s will and go through with the plan.

Which leads to Purifier’s attack on the base and everyone scrambling into action. On the Sakura side though, Kaga activates Orochi and the rest of the base has no clue what’s going on and there will no doubt be a re-union of the allies now that the Sirens being the one true threat that they were supposed to be fighting is made fully clear once again. Which leaves Ayanami able to fight with all her strength protecting both sides. But then the episode ends off there and to be honest, I’m okay with this. Episodes 6 and 8 were pretty awful with how things looked and you never want both fanservice and action to look awful in a series all about spectacle and pretty girls. If it means it will at least look better then I have no qualms about this decision, even if the narrative will really need to pull something to make for a satisfying conclusion. Which also probably means that Bismarck at the end of the opening and the rest of the Germans won’t be showing up unless they tell me an 2nd cour had been planned from the start as a surprise.