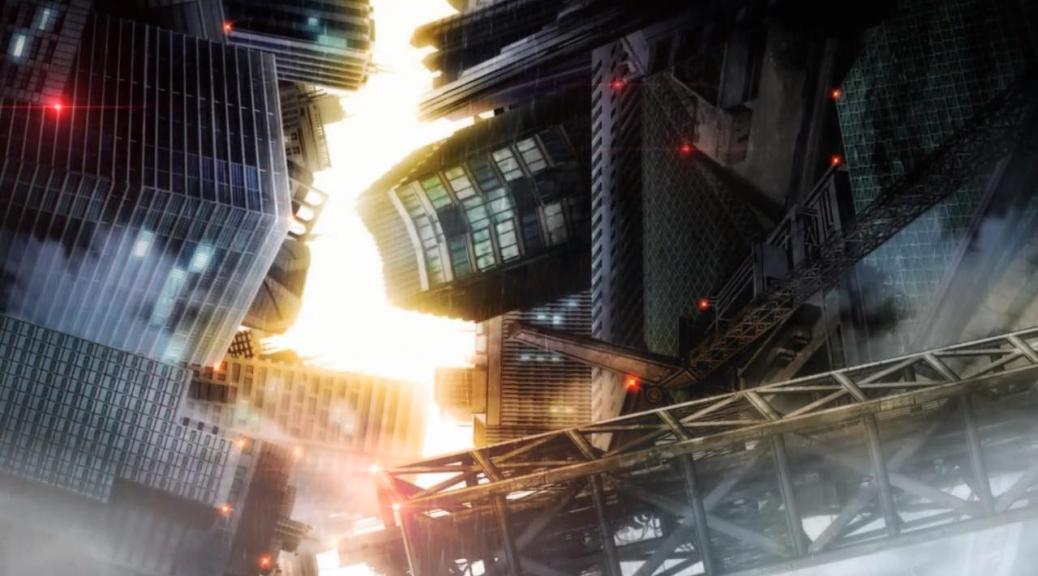 Things finally start to get interesting, despite some disappointing revelations about the fourth stratum (Hint: they basically skip it) and on right to some admittedly more interesting things in the fifth stratum. Concepts are finally explained and things start really feeling like a sequel where Julius and Twice finally put some puzzle pieces where they belong to paint a clearer picture, let’s get to it.

So with all the pondering I did over who would actually be the servant-master duo for the fifth stratum, Nero just mentions that they weren’t worth mentioning and the trio of Nero, Hakuno, and Rin are in transit to the fifth stratum. Like the third stratum, we see a flash-forward on what’s going to happen and we see a face-off between, to no one’s surprise, Julius and Hakuno talking about ideals and Hakuno’s aberration of the existence. Rin synthesizes some raincoats to use in the fifth stratum as they step out in to the rainy, ruined cityscape. The ladder for the floor apparently is accessible to anyone as long as they’re able to reach it at the center of the city. Rin shares the fact that there is no proper floor master here but in exchange, there’s some homicidal maniac running around who has a history of being a killer both inside and outside the Holy Grail War. Both Nero and Rin are aware of who this man is and Rin is privy to knowing that Julius was one of the masters that Nero and her previous master defeated and Nero remembers this fact and even remembers the tricks that Julius’ servant utilized. 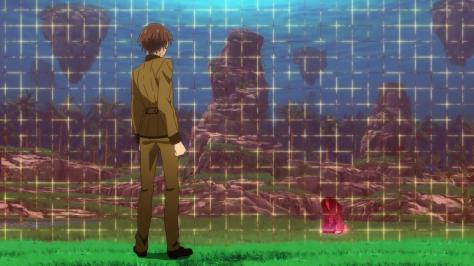 The trio make their way through the city and find some shelter and Hakuno takes the time to ask Nero of what her previous master was like. Nero speaks highly of her weak but virtuous master and Hakuno can’t help but feel like he’s the complete opposite of Nero’s former master as he has no will or wish of his own other than to continue living. Nero however still thinks that the two are very similar and she even thought for a second that her master might have been reborn as Hakuno when they first met. Nero gives a nice speech about performing up to one’s capabilities and Hakuno seems to at least break away from his pessimistic as hell attitude. Rin observes the enemy servant and the trio regroup but are found out by Julius who refers to Hakuno by name and his servant immediately attacks Hakuno. Nero and Rin take on the servant while Hakuno is punched through a building by Julius himself.  Nero leaves Rin to fight the servant while she tries to get back to Hakuno and we join the latter getting punched to hell and back by Julius, who seems disappointed with Hakuno for some reason. Hakuno goes Deadface and fights back, but he suddenly remembers the time HE killed Julius in an elimination battle. Hakuno asks if Julius is a ghost and Julius laughs at the notion and goes Deadface as well. He states that both of them are lower that ghosts and that they both had their purpose robbed from them long ago. 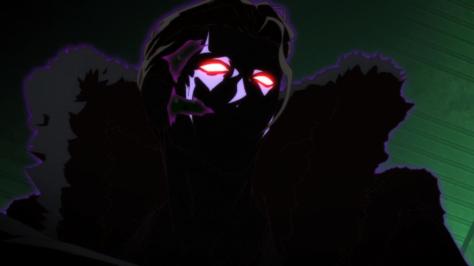 All of a sudden, Hakuno is back in the incinerator room with Twice again where the latter drops a bomb that Hakuno isn’t a ghost and he truly isn’t Hakuno either. Twice explains that before the Moon Cell was closed in by the Angelica Cage, the dead masters and spirits would disperse and their lingering emotions would fade away. After the Angelica Cage though, the negative feelings and emotions were left as they were after death, and Deadfaces are the malignant beings formed out of these emotions. Twice recounts how he once strove to fix humanity but after many years of testing and experimentation, he couldn’t a proper answer as to bring about humanity’s salvation. He killed countless masters who might have been worthy and decided that humanity had no room to improve, change was impossible, and Twice shut off the Moon Cell. All the accumulated emotions of those masters who failed to beat Twice coalesced into what Hakuno is, composed of death who despises the living. Hakuno wakes up from whatever vision this is supposed to be and Nero jumps in to save him. Rin also blasts through the wall after being unable to completely delay the enemy servant and both Hakuno and Nero fall to their knees from their injuries. Julius and his servant prepare to finish them all off until a gigantic fist busts through the ceiling and forces the assassin duo to retreat. Hakuno crawls his way to Nero’s side and blacks out, only to find himself in front of a door. He enters and he finds a familiar face waiting for him and is asked to sit down. 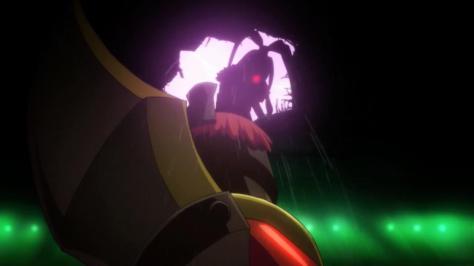 First and foremost we get an explanation as to what Deadfaces are and I was unsurprisingly pretty spot on with what they are. Twice goes further to explain that Deadfaces are the result of him closing off the Moon Cell after deeming humanity was not able to grow and evolve to his ideals. The masters he killed were unable to move on and they formed into our Main Character, who isn’t even really “Kishinami Hakuno”. Julius managed to be a Deadface as well despite having died in the previous war like Dan did but came back with Li as something else. Unlike Shinji, Alice, and Dan however, Julius apparently remembers Hakuno despite him never “existing” before this Grail War so I wonder how that even works. Also, I’m not sure how I’m supposed to take Twice’s exposition in terms of where it belongs on a time-line, where the hell does Hakuno keep getting these visions from?

The episode ends off with a familiar looking silhouette busting in through the ceiling to save the damaged trio and I definitely think this is Lu-Bu, Rani’s servant somehow showing up. I’m not even going to try and make sense out of this yet but I’ll keep my guess there. This only brings up the next question if there’s even going to be a sixth stratum segment. Back on topic however, the episode truly ends where our fake Hakuno meets the actual Hakuno in Fate/Extra’s video room. 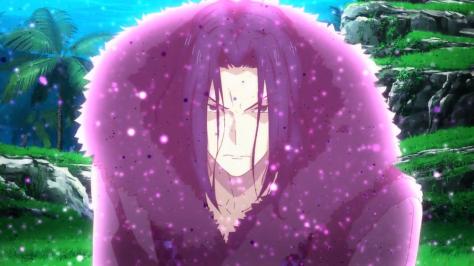 For anyone curious, Week 5 of Extra had Li Shuwen injure your servant so hard that they require a mana transfer to get them up to speed. Then you toil with your heroine choice of either Rani or Rin and work together to unveil Assassin Li’s Ki technique that makes him invisible you can actually fight him in equal ground. While Julius is defeated in Week 5, he shows up back again later as a partially deleted data with Assassin Li now turned into Berserker Lee in Week 7. We’ll see how if any of that will transfer over, actually hell, that already seems to have happened. Julius seems pretty contemptuous here but in his last moments, he actually shows has some compassion to the main character before his actual death. All in all, a pretty interesting episode, minus the fighting portions because I stopped expecting anything exciting in that department. A lot of the plot points finally get explained so we’re not completely walking around in the dark anymore.