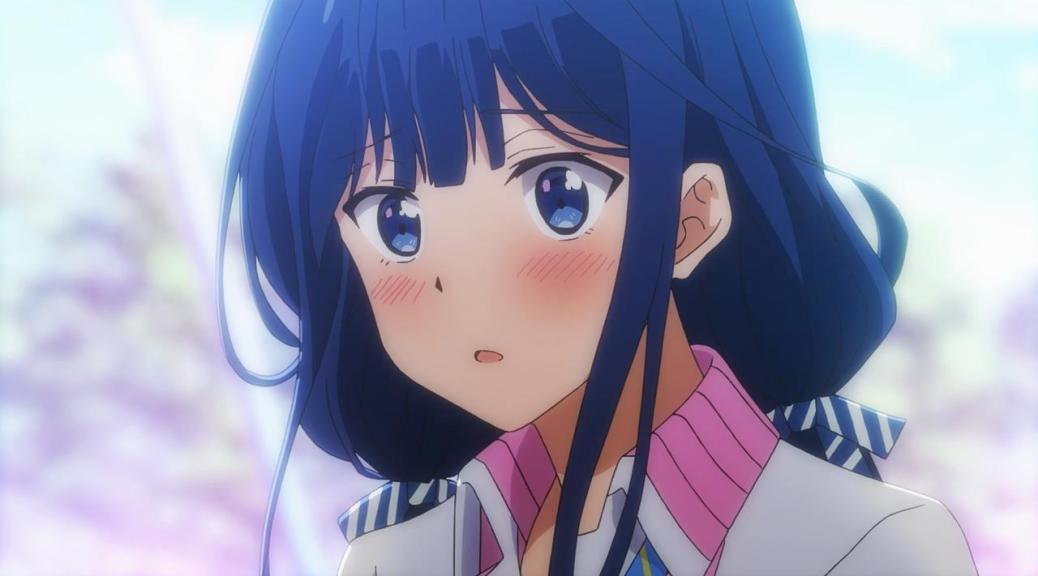 So if the featured image says anything, Masamune-kun won this week for a few reasons. Onihei and Demi-chan brought their enjoyable episodes, Hosoya came back in the former while the latter still had a lot of sensei to give us even though I thought it was the yuki-onna’s episode. Seiren came out with a very bitter-sweet conclusion which really fell flat on its face which really isn’t the Amagami way of going about the relationship. This is enough to place Tsuneki at the near bottom since even Rihoko’s arc or Sae’s arc felt better than this. Masamune-kun delivered some supreme cute and I appreciate how it didn’t take absolutely forever in getting the main girl dere for our protagonist. It’s nothing new, honestly, but hey, execution counts for these things and it’s a character archetype I like.

END_OF_DOCUMENT_TOKEN_TO_BE_REPLACED

I’ve been so content with this season that I forgot to mention all the smaller things, which in retrospect is a lot less relevant than actually talking about anime on an anime site, that I’ve been doing in the meantime. I got back into Pokemon a few weeks ago where I finished Pokemon Sun’s main “story” and decided to double-back a generation to clean up loose ends with Gen 6 with Pokemon X. I’ve had it for around two years and finally got a chance to play it and damn, did its controls and graphics take a while to get used to. I guess I expected the same fluidity in movement like Sun/Moon but I can really appreciate how much Sun/Moon advanced the series in a technical aspect. As if that didn’t dominate my free time, I just bought Dark Souls 3 and have been playing it in near 6 hour increments.

Anyways, we have the start to Bleach’s unrivaled era, the Soul Society Arc. Our ragtag team of friends break into the relatively new environment filled with new characters and nuances to save Rukia from her judgment. Not only did this clearly showcase an “Us vs. Them” conflict between the protagonists and the Soul Society’s higher ups, it also led to a semi-civil war between its own members that I always found to be more entertaining than what would inevitably follow in a weekly shounen series. So much enough that I feel like I didn’t give this arc that much respect and it’s something I’m seriously considering to rewatch. While the opening isn’t as stylish, which does come later, it definitely sets the stage for one of the most memorable arcs in shounen history. 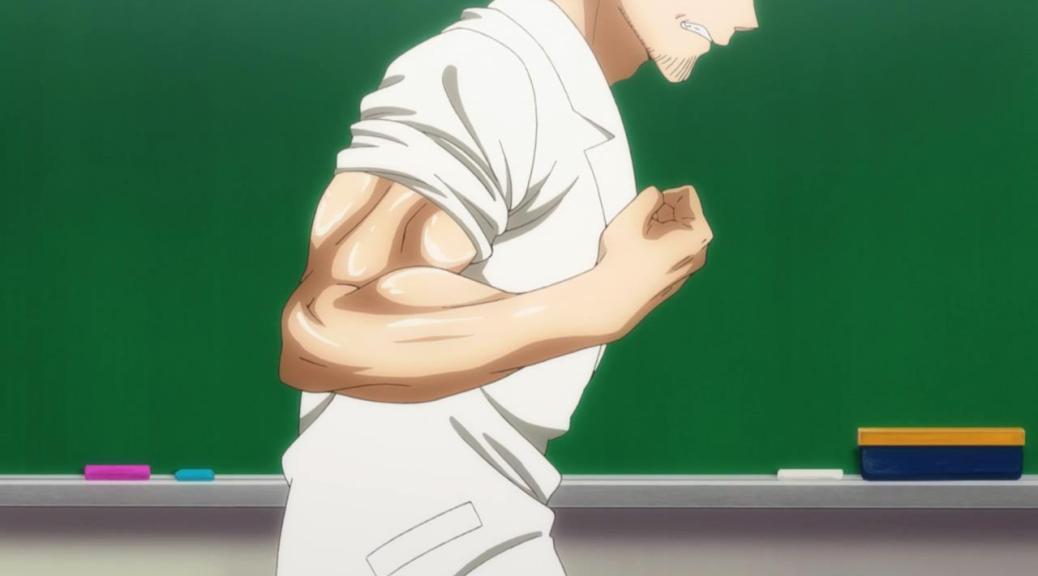 And off we continue with the proper episode counts. Now ordered by release time.

I thoroughly enjoyed this week and I think, if I haven’t thought of this before or alluded to it in any way, the featured image “rule” will determine which show won my favor in the week. Why might I have not done this before? Well I didn’t exactly enjoy every show I was watching and this is one of the few times, if not the only time, that I have enjoyed a season in a long while.

Feels real good, and there’s even better things to come so I can’t wait for that.

END_OF_DOCUMENT_TOKEN_TO_BE_REPLACED

It’s tough to describe this feeling of anticipation I hadn’t felt in a long while for new weekly anime releases. Sure I felt something similar when Jojo was airing but there’s a difference between watching something I already know what’s going to happen in the adaptation and watching something completely blind. In my case, around half of these series have manga source materials which I can go look up and get caught up with. Masamune-kun and Demi-chan stand in these regards but both are relatively new so there’s not much to completely get ahead of. The former in particular since it seems that we’ll be getting a lot of the manga’s material in the adaptation. That leaves Seiren and Onihei, with the former being a completely anime original work while the latter is a TV Drama I probably won’t try to even find.

Anyways, we continue with Bleach’s 1st ending which I admittedly didn’t have too many chances to listen to because [adultswim] loves their openings but rarely lets the T.V versions of the endings play out, and if anything, it’s always just a credits slideshow instead of the proper ED sequences.

I made an error for including Onihei in the previous week’s recap instead of including it in this one. No worries since the new week is around the corner. It’s kind of nice to have all the shows I’m watching be decently entertaining without the usual flaws I’m so critical of but that’s probably because I force myself to watch things I know will be bad. Even without the events that occurred this episode might have been universally interesting, I’m really looking forward to future episodes.

I guess in Seiren’s case, I just want to see another heartwarming love story not only with Tsuneki, but with others. Masamune-kun is thankfully nowhere near as stretched out as Nisekoi so that’s a good thing. Demi-chan is something I’m looking forward to for that sensei on sensei romance and Onihei is something I’m definitely new with so there’s some excitement in that as well.

END_OF_DOCUMENT_TOKEN_TO_BE_REPLACED 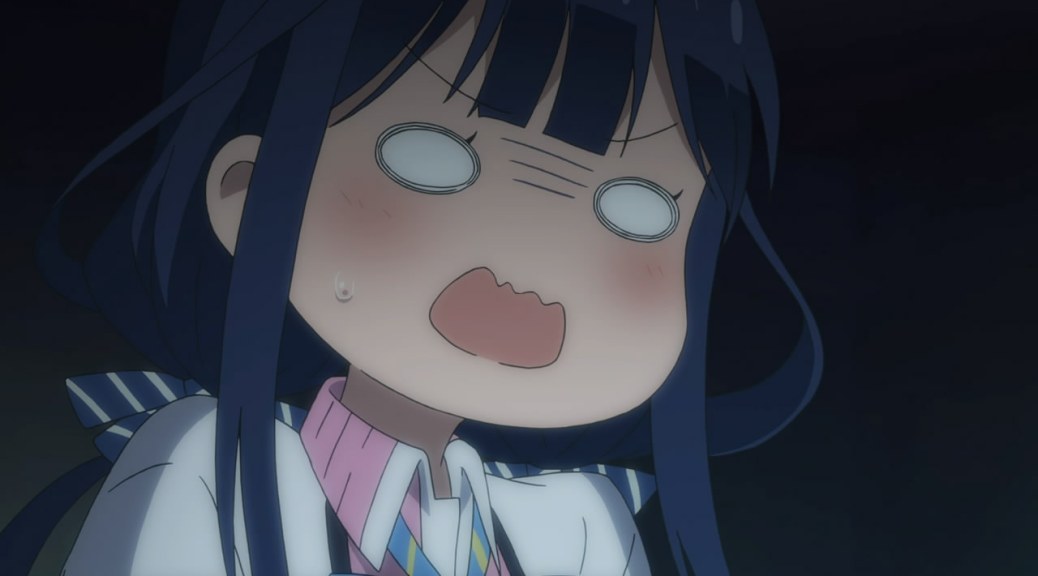 That moment where you try to include as many shows into the “first” weekly post but now Episode 2 is out for some of these. Well fret not, I’ll another one of these up with either new shows or stick with my guns by the end of the week.

Been a while since some other, new anime was talked about here huh? What the newer seasons make up for in not saving battle harems for me to torture myself with anymore are more “casual” series for me to enjoy instead of dealing with forced and rushed drama battle harems tend to churn out every few months. It’ll be nice to take a more casual session through this season.

So rejoice, we’re doing something slightly different. Rather, we’re back to being normal.

END_OF_DOCUMENT_TOKEN_TO_BE_REPLACED

So I had Bloodborne in mind for the next music spotlights since I FINALLY had a chance to play it and Dark Souls 3 will soon follow. Then I remembered that this technically still is an anime site and I was holding this back for a long while because I wanted to time it with the series’ end. Obviously I miss that end and honestly, when they said it was “in its final arcs” way back when, I expected a few more months but that turned out to be a few more years. Anyways, I think it’s the best time for this since Bleach, along with a lot of other long running shounen series, have a great repertoire of opening and endings themes.

And arguably, the first opening is one of the best. I distinctly remember encountering Bleach on [adultswim] when it aired in its english dub and to be honest, the only former Big 3 anime series that I watched before Toonami was actually One Piece while Naruto and Bleach never really got to me until I watched in the states. Bleach’s intro was interesting to say the least and my fondest memories of it was during the time the characters I posted above were relevant before every spread had Soul Society, Arrancar, and Quincies predominantly taking up the pictures. Those were much simpler times when it was just a group of oddities instead of large groups of characters that were pretty much obligated to be showcased for a majority of the time.