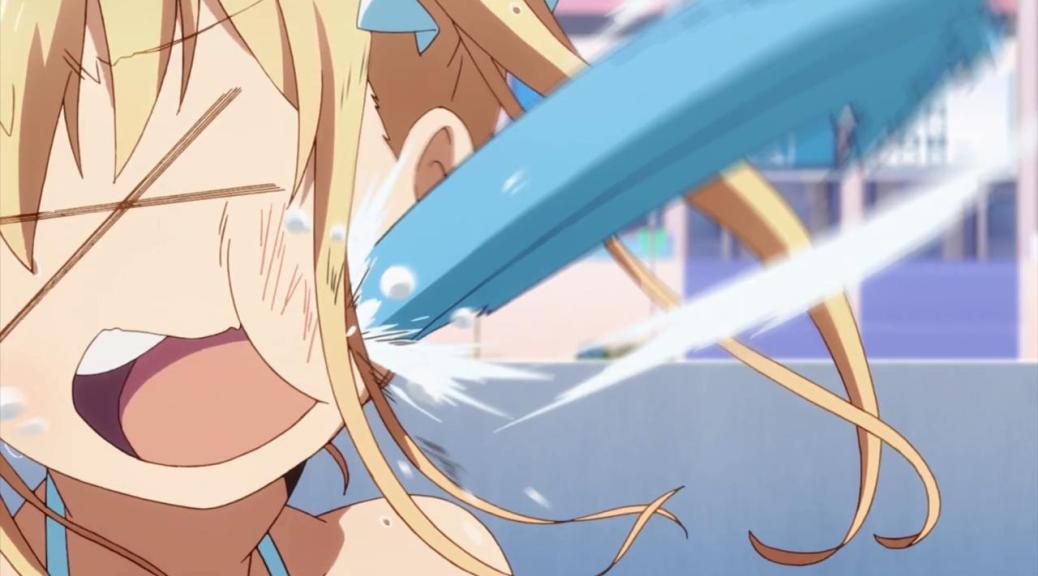 Consider this a mini-review because, for better or for worse, a lot of the problems from the first cour carried over to the second cour.

Aniplex’s 2-cour “titan” Asterisk finally comes to an end and boy does it end on an extremely boring cliffhanger. As I’ve mentioned above, there’s really not much to say other than that the Bad things continued to remain bad while the good things remain good and on the latter portion, there’s not that many. So let’s get this over quickly so we can get to the full-blown stuff, shall we?

Oh, and with a bunch of series ending the past week, there won’t be recap as per usual in the final week.

Not much to introduce about Asterisk here, the Phoenix Festa that started midway through the first cour ends 3/4ths of the way through the second cour as yet another Festa is prepared for, with yet some background eliminations being attempted. As much as I know this is a light novel adaptation, I still find it laughable that they tried to introduce some new characters and new plot points this late in the series for anyone to care about in the adaptation. I’m sure some people still like it, most likely the light novel readers, but I guess that was the driving point for the last quarter of the show.

What remained decent throughout the series is the consistently catchy opening and ending themes. While the 2nd ending is nowhere near as amazing as Waiting For The Rain, the second opening did a lot more things right than Brand New World. While it personally wasn’t as catchy as the previous opening, the visuals were miles ahead and at one point, was pretty exciting before it all came tumbling down. The song is in a constant state of build up as it shows off the contestants in the tourney and shows off some fights against the respective duos instead of just mindlessly beating up some drones. In fact, the first two fights were actually the best in the entire series and hilariously enough, the two monks that foreshadowed the smug twins fight was actually the best.

Speaking of fights, the pacing was exponentially better this time around for the majority of the time since they decided to actually move through the tournament in good time. But I’m specifically referring to the pacing itself rather than those actual fights since all the fights past the 2nd one turned out to be pretty lackluster.

There’s really not much else to complain about the characters than I already did so let’s address two things,  what we got through the basics of story progression and the pacing at the last quarter of the adaptation.

The fights with the monk duo was decently done, the twins fight was questionable but at least it held some merit in being difficult to win because of restrictions that ultimately proved pointless. Then Saya and Kirin’s fight was hilarious to watch with those CG effects. It’s not like the opening didn’t foreshadow those two ever making it to the finals when it shows off the MC fighting the combined robots. Next were the two knights that I thought would put up way more of a decent fight but they got done in absurdly fast. Accompanying the last fight, there was the entire sideplot of finding Little Miss Ear-rape that attempted to look serious but I just couldn’t do it. Surprisingly enough, this all went on pretty fast so at least it was merciful.

I mentioned before that the pacing was already better than last cour but sort of shot itself in the foot when the tournament ended and we shifted back into the most boring parts of the series, everything else that wasn’t involved with the tournaments. As if some of the fights weren’t boring enough, we just had to step out of the tournament and learn some last minute things about Julis’ family and the upcoming festa. The final plot point of it all returned back to MC and his older sister but still, not much was resolved other than the glaringly obvious fact that it’s Mr. Chairman who was the one who “killed” her in the first place. Dirk is also going around being an asshole but even his goals aren’t all that fleshed out. In the end, all we know is that Julis’ brother wants her to get married, she’s too much of a ditz to just accept the MC as her husband, and she goes full bitch-attitude that even she admits to having in the last few episodes.

In the end, my opinion of Asterisk hasn’t changed: It’s a series whose budget should have been used on a far more exciting series. It’s high points in both cours involved side characters we never see again, only around 2-3 fights out of 11 were anywhere near entertaining, and the pacing problems proved an issue on both ends near the beginning and ending of the series. The characters remained mostly the same, the newer ones really didn’t matter, and you can only go so far with the dreadful tournament style progression plot points and I mostly fault the series for basing its entire premise on that setting. As far as an adaptation goes, which its entire purpose is to act as a glorified advertisement to its source material, absolutely nothing strikes me as interesting for this series. It’s not definitely the worst ones I’ve watched since the pacing spares itself from looking like complete garbage but it’s pretty slow, drawn out, and most glaringly, boring.