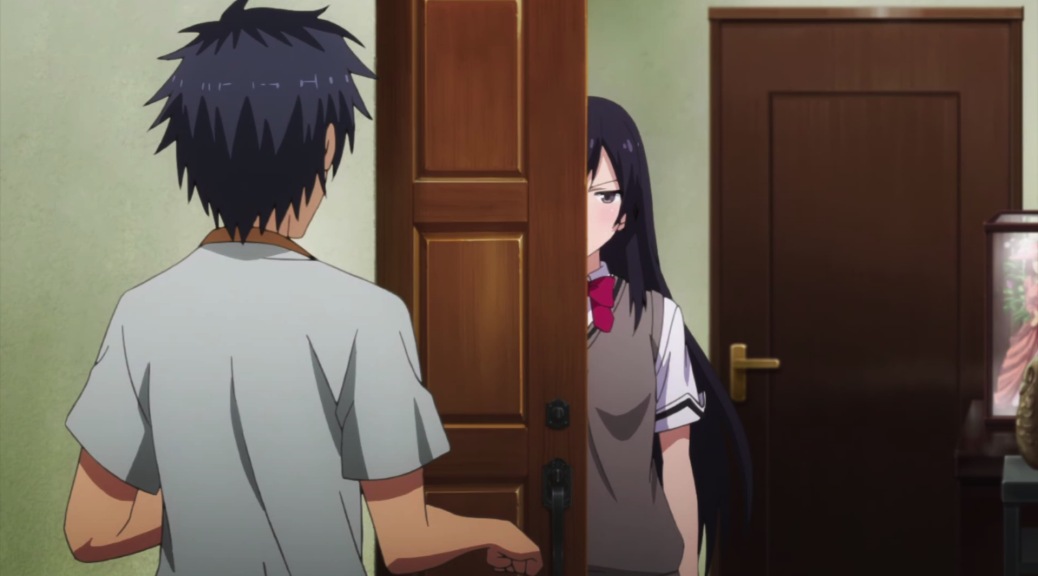 Prepare the endtimes as we’ve crossed the 3/4 threshold for most series this week. Obviously the ones that revolve around an actual plot thankfully got some things set up for the finale but the others not too much. Whether or not that’s a good thing actually only applies to one series out of the 3 that don’t exactly follow plot-progression standards but it’s a unique case since it’s an indepth adaption of a novel while the other is another LN and the other is a comedy series.

This series cannot seem to break out of the loop of constantly pitting people in tournaments and having Lux save the girl. I would have let this slide for the first two times but the exact same thing is happening. I’m sure there’s definitely plot going on with the whole Old vs New Empire but fuck me, they were going all over the place with this. That swimsuit part wasn’t even necessary. 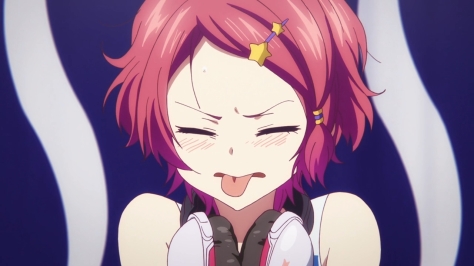 You won’t believe me when I say this but I really liked this episode and it’s not because of the fanservice. While indeed, I have a soft spots for one-piece swimsuits in general, and the school swimsuit falling under its subcategories, I felt that the over the top action and the showcasing of other abilities put some more scope into the series. 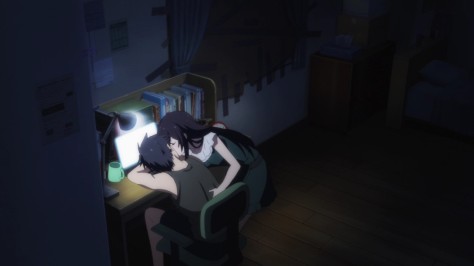 Other than the maid stuff, I enjoyed the episode with Bunta finally being forced to sit down and finishing the damn script. Some of the girls earned up points in trying to ease him up to the whole isolation idea and even Atomu creepily got into the whole shtick. Not much else other than the empathetic feeling of needing to finish a writing quota and hell, we got a kiss too.

The previous episode and this one are really selling Saya off to be the main love interest which I completely root for. They also had Hotaru actually shut her mouth during her concentrated moment in winning the candy-pick out game, so I guess there were slight hints there too. I personally have some history with those picking games since there was a guy who used to sell them near the school I used to go, good times. 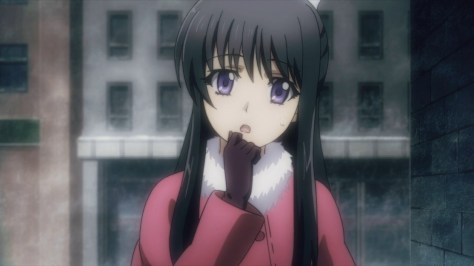 The classic separation of units and the final set piece is prepared for the last conflict in the finale. As expected since this and Shoujo Tachi being the only story-driven series I’m watching, but this got to preparing the endgame a lot quicker. Lise is as hate-able as ever and Beatrix finally gets a little more speaking roles other than just smiling eerily at the camera, she even has the humor to talk about Irisdina’s breasts. But the finale is about to take off with some hope on the good guy’s side after Theo finally gets on Katia’s route.