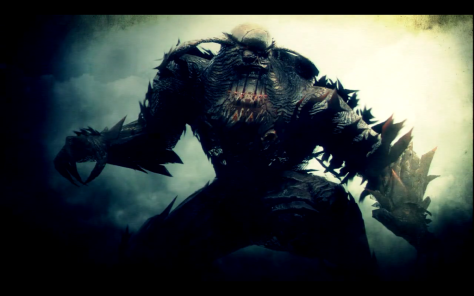 Bloodborne comes out in a less than 2 weeks and while I would be pumped up, I don’t own a PS4. I also have my doubts on the game but I really hope I am wrong because I do eventually plan on getting a PS4 sometime in the future for Devil May Cry 4:SE as well. But other than that, I’ll be sticking to my regular game patterns.

Nothing much going on other than my most anticipated fight of Part 3 barring DIO is finally here. You’ll figure out I looked forward to it if you’re an anime only person but for nearly any fan of Jojo, D’arby’s fight is without a doubt, one of the best. Anyways, that will come when it is time so let’s move on.

This week’s theme is a particular favorite of mine. Among the three Souls games, there exist a few early bosses that gain the title of being the early game stompers that destroy newer players. Out of the three candidates from the three games, I only think the Demon’s Souls representative fits the bill. In Dark Souls, people say it’s the Capra Demon. In Dark Souls II, it’s either the Ruin Sentinels or the Smelter Demon. In my opinion, the Capra Demon is an absolute joke of a boss which goes for the Ruin Sentinels as well. Smelter is annoying but that’s technically an optional boss as well. Flamelurker however, will test your skills with its fast and ferocious attacks and its a genuine challenge fighting it. But then again, most people that early in the game just cheese him but oh well. Here’s Flamelurker’s theme, the bane of newbies.