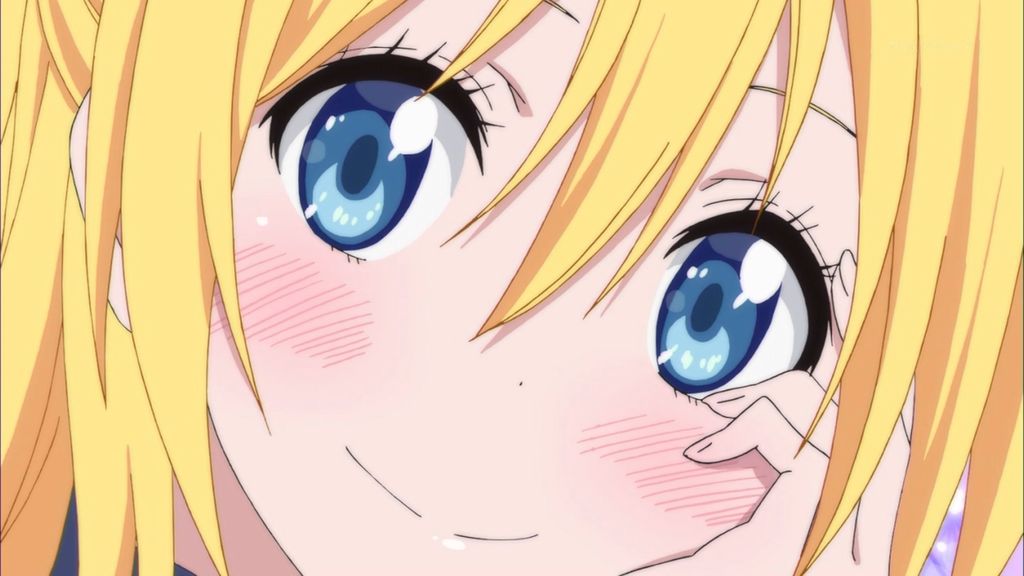 The 20 episode ride is over but the amusement is still open, I hear they added a FIFTH rollercoaster.

Only now do I realize that the absurdly screwed up version of Romeo and Juliet basically sums up the entire series. Anyways, first series review of the Spring season while others have 3-4 weeks to finish up. I’d think most people would catch my impression of the series after 20 weeks of coverage but I might as well take this chance to talk about the manga’s status as well.

So here we go folks, it’s Nisekoi’s time to step to the plate.

As I simply summarized above, Nisekoi’s last episode was the official true love flag for Chitoge. So it’s official, Chitoge joins the Rakubowl and wants to win the gold. Of course, before the faux line gets uttered we get a clusterfuck of ad-libbed scenes that intrude upon the overdone Shakespeare work thanks to our numerous cast members. For better or for worse, that’s only half of the episode while the make-up dialogue comes after. The last half however is Raku reciting his lines with Onodera on the rooftop and in my opinion, this would have been a good confession scene. Oh well. The series ends in the ambiguous note. 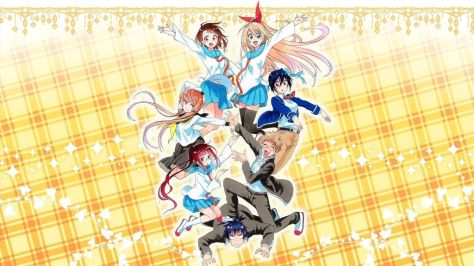 I say this everytime I do series reviews but it feels strange doing these after weeks and weeks of episodic coverage. It happens everytime and I still cannot get used to it. You all know how I work folks. Most the shows I tend to watch rarely ever have plot and the usual excuse from me is that most shows are character driven and I rate it by how much I like the cast. Hell, there was a plot I actually wanted to know more about when there were 2 girls but then it got out of hand. 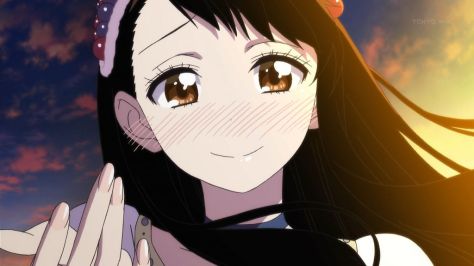 Overall, the series is a near carbon copy of the manga adaptation and in my terms, is a great adaptation. Whether or not the source material is good or not is judged on how much you can tolerate from a love comedy harem. I need me this sort of stuff every season so it gets a passing grade because other than the paper thin plot that gets tossed aside every once in a while, the whole key thing is basically played for laughs at the pace they’re going at.

I’m referencing the manga as well since it’s still ongoing and that’s good news for fans since you can keep the ride going. A fifth girl in the harem and basically the girl with the 4th key shows up around Chapter 110 or so. I still keep up with the manga and if you could pick up the easy signs of my words, I’m not too keen on continuing the harem, much less adding a new girl. I mean if you thought the key wasn’t played for laughs, they delay opening it at least 3 times and the most recent one being with the new girl where they basically say “fuck this” and just ignore once new girl states that if can’t be opened. They tease us about it but nobody in the series knows what’s the deal with the lock.

It’s just a bit tough to let go such a principal aspect of the series and let it devolve and become a harem in my opinion. Other than that, it isn’t a bad series in my opinion. Dragged yes but still enjoyable to an extent. I’ll give special mention to the oneshot where Raku is a badass but it’s only Raku and Chitoge with no lock plot at all. So the one shot is pretty damn good since Raku pulls off something badass which I won’t spoil for you.