Yuki Kaiji now has a chance to make himself not be a crappy protagonist. Alibaba doesn’t count because Aladdin is more of a protagonist (and he suffers less). Black Bullet is the series that eliminated other series in my watch list because it got to me first in terms of filing out the tropes list. That being said we have: Half-decent protagonist who isn’t useless, Loli who isn’t annoying as hell, Rikiya Koyama voicing the villain, and general monster killing.

So sorry other series, Black Bullet was the first to get watched and made an ever so slight change in my viewing needs to compensate my apparent losses. So let’s see where this ends up, Mahou Sensou left a bad taste in my mouth and while it won’t be hard to top it, I would like a decent series while I’m cleaning my palette.

To sum up episode 1 really shortly, the world is basically at war against gargantuan bugs known as Gastreas. Humans are partnered with little kids called Cursed Children who are born when a pregnant woman is killed by a Gastrea. They happen to be extremely powerful and the duos are known as Civil Officers. Our protagonist Satomi Rentaro is a young, human “Promoter” while his Cursed Child “Initiator” is named Enju. Episode 1 only described the setting while also giving us a look at supporting character Tendo Kisara, who might be a love interest. I kept mentioning Rikiya Koyama and he is the voice of Hiruko Kategane, the villain for now. Other than information, we had a fight sequence with a Gastrea and the protagonist duo actually cooperate. It wasn’t bad

Now in episode 2, the civil officers in the area are called to a meeting by the leader of the local area, Seitenshi and her advisor Kikunojo who happens to be Kisara’s grandfather. Seitenshi asks the civil officers and their bosses to retrieve a briefcase with unknown but extremely important contents. Before more questions get asked, Hiruko and his Cursed Child daughter shows up out of thin air and incapacitates everybody in the room. He announces that he is going for the briefcase as well and leaves.

Enju and Rentaro walk home but encounter a Cursed Child from the outskirts of town be taken away by police. Enju remembers her but is stopped by Rentaro. The latter feels guilt afterwards and chases after the polic car and watches in shock as the officers take turns shooting the child to a bloody mess. The girl regenerates enough to cough and Rentaro takes her to the doctor. On the way home that afternoon, he meets Hiruko once again but is given a case of money and is asked to join him. Hiruko kicks a case of money at him when he learns that Rentaro is trying to put Enju through school. Rentaro makes it clear that he wants this series to continue and shoots the money (at least take some of it when leaves man). Hiruko leaves but also tells Rentaro that he will realize how cruel the world is the next day. 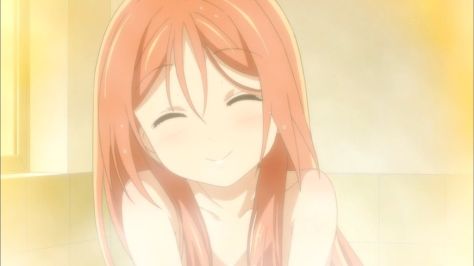 That being said, Enju is kicked out of her school when rumors go on that she’s a Cursed Child. Rentaro then spends the day scouring the outer district in hopes of finding her. He apparently knows where Cursed Children gather and enters the sewers and meets a man who takes care of the children. When he states that Initiators have the tendency to abandon their promoters and suggests Rentaro find a new one, Rentaro snaps and yells that he’s not really looking for her because she is his Initiator. Apparently, Enju was pretty feral too but the nice one we had with us was after a few months of humanity. Rentaro apologizes and leaves, while Enju who was there the entire time seems very happy.

I’m developing the bad habit of giving my thoughts at the start of the episode recap than at the end of it. So far though, I don’t find Rentaro and Enju bad so that’s pretty much where the big points are awarded to. Rentaro is a decent, responsible guy while Enju isn’t a loli who I can’t seem to hate thus far. She’s definitely not spoiled or pampered and isn’t autistic like another pinkish-scarlet haired loli who excels at fighting.