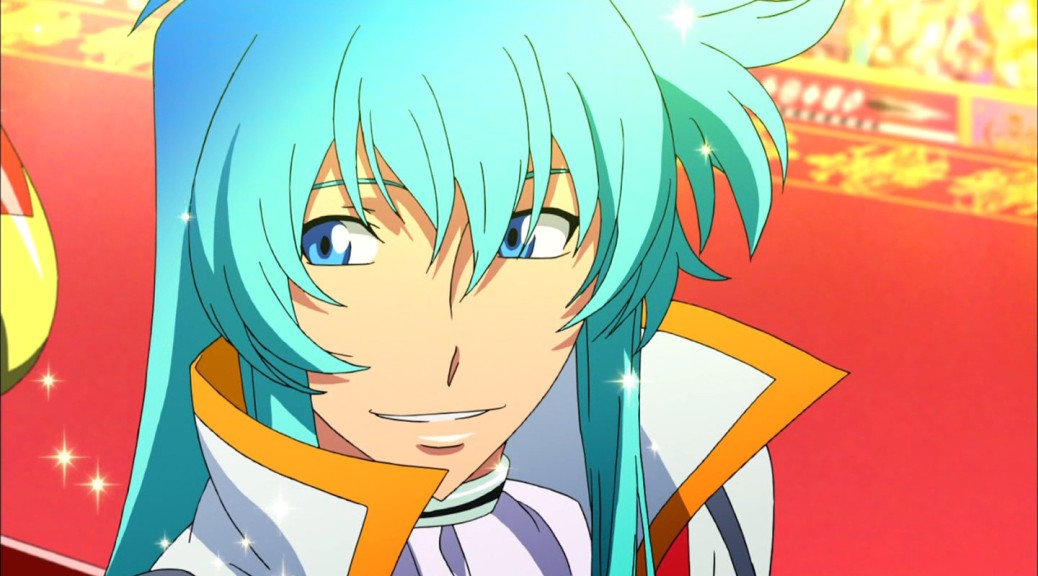 The most “wat” worthy episode ending so far in the year and season.

I enjoy race episodes due to the following, obvious reasons of: Acceptably fast-paced, action packed scenes, and more characters to bite the dust. I did get all of those crossed off the list but….something about this episode.

Anyways, let’s dive into it and see what I saw was a fault.

The sudden arrival of racing ace Prince ruin Dandy and his crew’s trip to Boobies and Dandy wishes to enter the race to prove his manliness. Just so happens that one of the bigger races is underway and the crew of the Aloha Oe enters. Meow is given pit crew duty while Dandy and QT man the wheel on the Little Aloha. A number of racers (one resembling Cream from Jojo) arrive and then Prince shows up. Prince’s crew just happens to be the opposite of Dandy’s own. High-tec robot and craft rat compared to obsolete robot and useless cat. 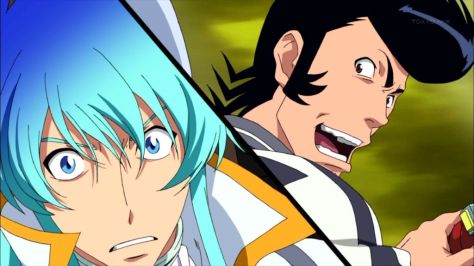 The race consists of passing through 9 Gates and then onto the finish line. Fighting is allowed and is basically anything goes. Prince’s ship speeds to first place the second the race begins while Dandy is in bottom half. Using some backhanded tactics, Dandy manages to get to 2nd place thanks to his ship that can withstand some impact.

Parodying Speed Racer and Star Driver with extremely frequent scene shifting and enough gadgets to make Doraemon worried, Dandy manages to keep up his pace thanks to his supply of explosives. On another scene, we return to Dr. Gel and assistant Bea to see them hunting Dandy once more. Bea is yelled at for watching T.V while they were supposed to be searching but the televised race brings Dandy to their radar. The two hop aboard their smaller ship and give pursuit. 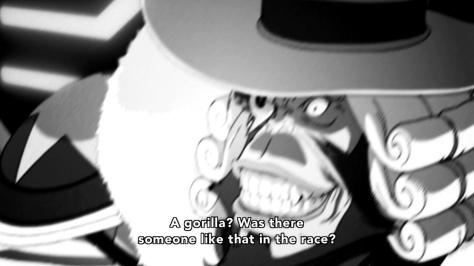 The last stage of the race has Dandy and Prince racing for the finish. Honey form Boobies apparently joined the race and flies in third. Gel and Bea show up out of nowhere. The duo pass by Dandy and Gel is estatic over it, but Bea reminds him that they aren’t part of the race. They promptly collide with the track and the Dandy-Prince fight continues. The pit stop gives Prince his lead once more while the rat delays Dandy’s refueling and also plants a bomb beneath the Aloha Oe.

The final leg has Dandy use all his remaining rockets to boost himself to a dead tie against Prince. Both toss away their belongings (including their respective robots). The dynamite finally goes off and then….

I guess the thing that got me was that the race was too choppy. Don’t get me wrong, it was entertaining throughout but I think the style of what they went for (aka: comedic shorts) wasn’t what I had in mind. That being said, the general race feel of the episode somewhat died in me. While it isn’t the most boring episode, I guess you could say I was disappointed in a way that the episode didn’t match up with my hype. Due to those mentioned scenes, I found it hard to look for the “highlight scene” that every episode had. If anything, Gel and Bea getting too caught up in the race was pretty damn funny. Next week’s episode is a dog episode apparently and you know what that means. We goin on a feels trip.