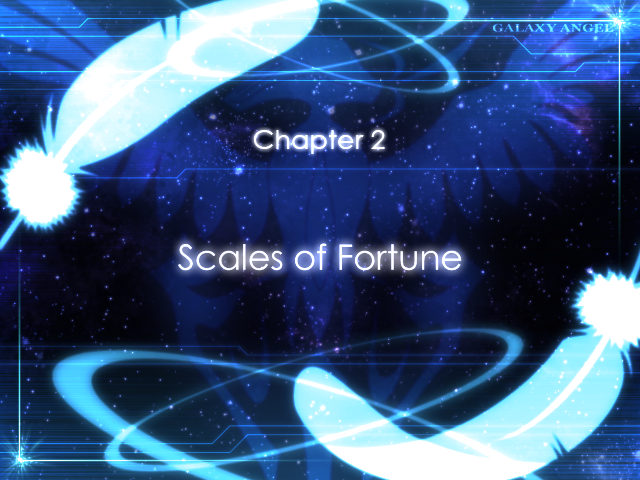 Chapter 2 is nearly done, so let’s move on quickly!

This will be quick since the bulk of Chapter 2 was already covered, it’s just an event and a fight away from Chapter 3

After viewing all the rooms, you are called by Almo to the bridge and Lester informs us that Eonia is using the automated fleet to secure themselves all over the sector. In order for the Elsior to take off, Luft proposes that he acts as a decoy with the remaining fleets. Tact tries to stop him but the old man shuts him down and does so anyway. Tact orders everyone onboard to salute the old man who probably is, flying toward his death.

As repairs are finished, the Elsior enters “Chrono Drive” which is basically the Star Wars’ lightspeed travel with the background stretching out. In our case, the background turns green. Lester says he’ll remain on the bridge while he entrusts us to raise moral with the pretty girls

That of course completely goes haywire when we overhear said pretty girls discussing their new commander. The majority of them have their doubts and Milfie happens to be the only sympathetic one in the group. Tact hears all of this and leaves before they find him near the door. We meet Milfie a bit later and we can either say we heard all of that or not, but whats the point in lying anyway. She proposes a picnic with everybody and tells us to get everyone to meet in the park.

So off we go getting everybody together, and as easily as they agree to it, they seem to be expecting some sort of unnusual event to occur when it comes to Milfie and advises that we prepare for something. Once everyone is called, the picnic goes underway. The small picnic turns into a party when everyone else on board decided to have a breather in the park and almost every personnel on board joins the festivity. Forte tells us of Milfie’s incredible luck that either makes her extremely fortunate, while in other times everything can go completely wrong.

“Getting close” moment with Tact and Milfie here, until her extreme amount of luck causes the park to rain out. Everyone flees and as soon as that happens, Lester calls up everyone to arms. Their location for their first Chrono Drive Jump landed them into the middle of a few ships at a narrow passage. The Unit 001 ceases to functon for the time being and the 4 are ordered to finish the job.

Once that’s over though, a few more ships come up from the back and the dude from before commences his assault while everyone else is on the front. Milfie’s ship regains control and because of her luck right now, she’ll be tearing through everyone behind you a lot faster than the 4 girls will be taking out their targets. 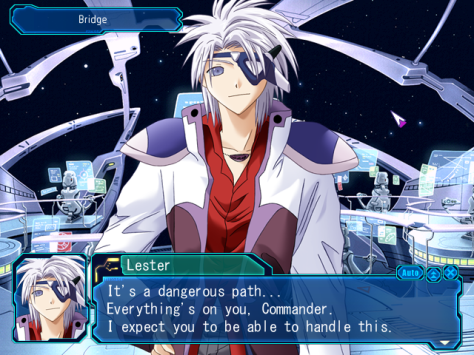 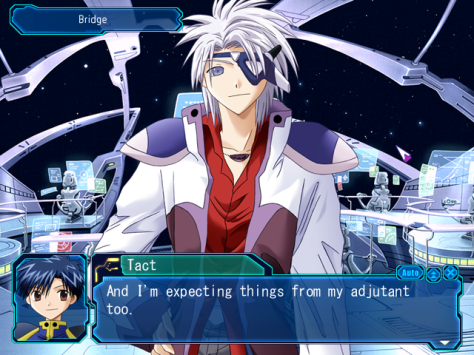 Just needed to put the bromance there.

Thus ends Chapter 2, more of an advanced introduction if anything else. It was “Milfie’s Chapter” but she’s just so basic, at least in my opinion. Tune in next time for Chapter 3