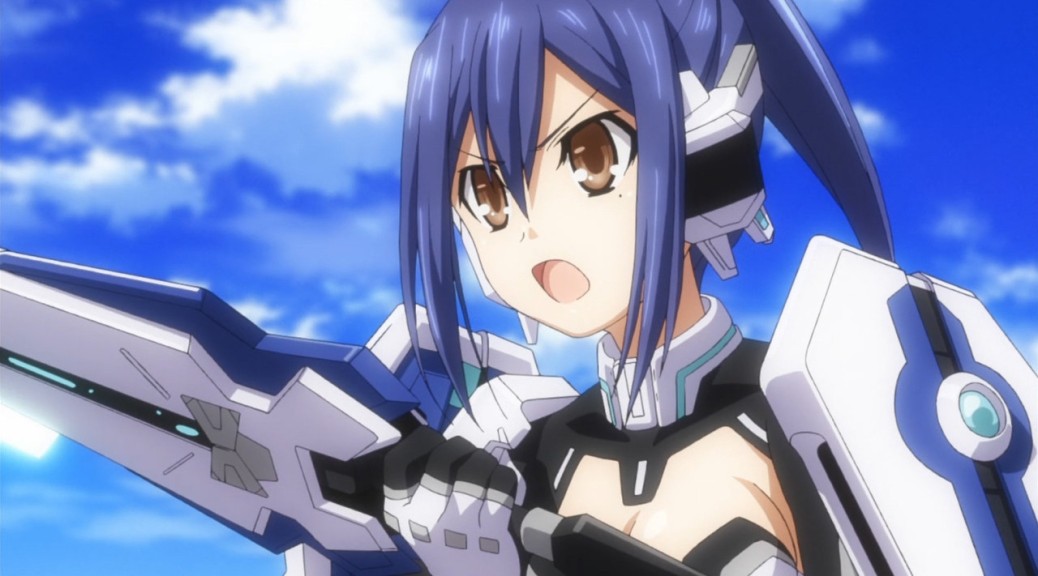 Final Exams, I get out early so I have a smal window of time to do this and get back to studying

What’s funny is, this years exams are either completely easy or just “what am I doing?” style of exams

Either way, let’s get into Date A Live

Mana finishes off Kurumi with very little remorse or effort but Shidou is shocked to see such a remorseless kill in front of him. Either way, Shidou is saved but is warned by his sister that Kurumi will return in perfect health. The two seperate but Shidou is still traumatized by blatant murder. On the way home, he finds Tohka waiting for him and she tries to ease up Shidou’s thoughts. While mostly getting food, she is pretty successful in calming our shaken up protagonist and convinces that Kurumi is indeed an individual who can be saved

The next day, Shidou makes a solemn vow to have Kurumi conquered but then she gets on the offensive and decides the screw everyone over. Using a barrier, Kurumi subdues the the school and requests Shidou to confront her on the roof. Shidou is able to resist the barrier due to Tohka and Yoshino’s powers sealed in him. On the other side of the town, Kotori encounters Mana and the two share a small argument about each other’s organizations but then we learn of Mana’s body being loaded with magic (is that why she’s named Mana?) anyways,  the news of Kurumi’s offensve gets the two on the roll. Shidou heads upstairs while Origami arms herself and Tohka regains some of her powers back. A glimpse of Kurumi’s abilities are shown as she is able to make clones of herselves. 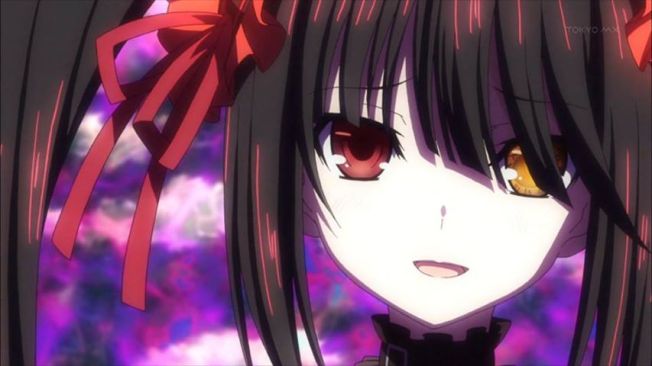 Up on the rooftop, Kurumi gleefully explains her abilities. Her left eye being a clock, represents her amount of time to live and by using her powers, she essentially uses her life force to utilize her abilities. So in order to liberally use them, she takes other people’s times and adds them to her own. What makse her so demented, still remains a mystery. Anyways, she seems driven to make Shidou take back his words on saving her and she even incurs a spacequake just to see him change his mind. Seeing how she’s just after him, he threatens to jump off the school if she doesn’t comply. Of course, when he actually does, she starts listening. 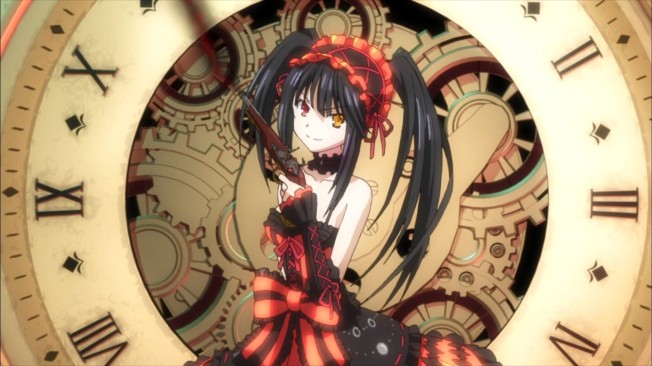 Shidou is suprisingly able to convince Kurumi to stop with her crazy-ass killing sprees and when she’s about to comply, one of her clones kills her and takes her place. Mana appears to kill Kurumi once again, but finally she reveals her offensive powers. Her angel Zaphkiel, a large clock face arms her with 12 time-based abilities. Whether it be rewinding time, slowing an individual, or accelerating herself, she’s able to effortlessly overpower Mana. Tohka and Origami show up, but they become useless when Kurumi unleashes her Agent Smith powers to subdue everyone. Just to piss them off, she calls up a spacequake and as it forms, it is mysteriously blasted away.

A familiar voice explains how spacequakes can be succesfully negated under the right circumstances and as everyone looks up to the see source of the voice, they’re shocked to see Kotori draped in an Astral dress of flames. Origami is completely terrified to see her and Kotori draws out her angel to finish off the problem

We get ourselves a pretty hefty fighting episode where it’s more talk than anything else. The only fighter who actually does anything is Mana and even she finally gets knocked out of her high-horse. Tohka and Origami just prove to be useless when Kurumi shows just many “me’s” she has. I really like her power though, it’s a creative way of to show off her time based powers. While I just love the idea of shouting THE WORLD and stopping time, having seperate effects for each hand of the clock is pretty damn creative in my opinion, and this is coming from a guy who saw Jojo’s powers when it comes to time. The powers aren’t new but the style of they’re used is pretty nice. I kept saying how they were going to do this fight but I guess they actually did come clean with it, Kotori’s a spirit and she looks pretty nice with the japanese style clothing.

One thought on “Date A Live Episode 9”