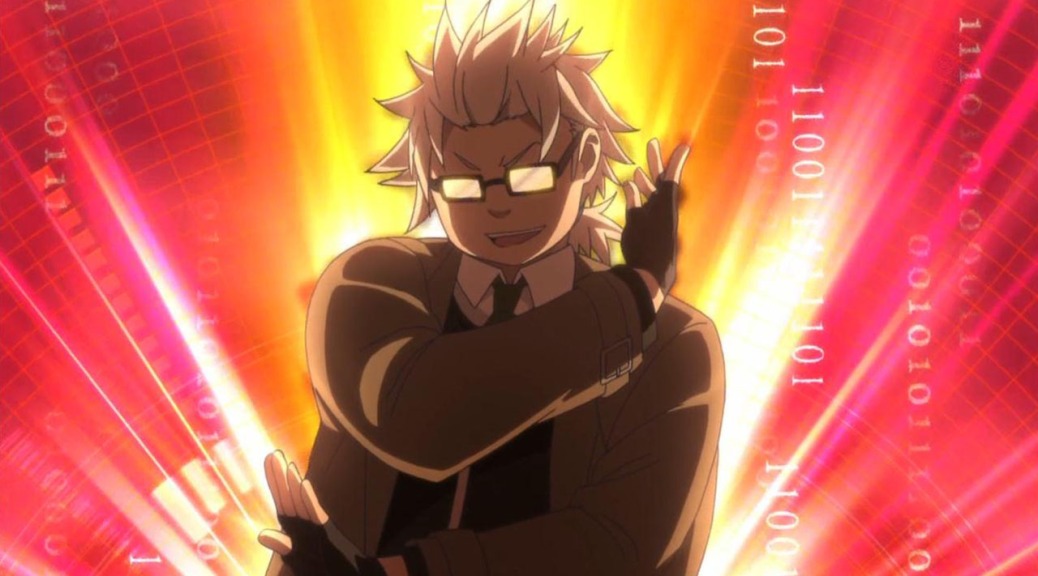 Following the confrontational theme that permeated this week, let’s dive in what Oregairu has in store.

Thanks to the power outage, I got this done and have ample time to study so let’s do this

Sorry, no trap pics this week 😀

EDIT: How embarassing, I didn’t finish the actual review part.

We are introduced to Kawasaki Saki, a rebellious classmate of Hikigaya who shows up late to class scot-free of a beating from the instructor while Hikigaya is not so lucky. Hikigaya’s studying session is interrupted by the voice of Yukino and Yui who also happen to be with Saika. He approaches them but nothing really comes out of it other than a few insults. Komachi and her classmate walk in and all of them introduce eachother.

Komachi’s classmate happens to be Kawasaki’s little brother and he notices how much she has changed since the beginning of the year. Yukino’s sharp tongue quickly lashes out that it’s likely to be Hikigaya’s fault. Little brother elaborates how she comes home pretty late and doesn’t get yelled at much by their folks. Yukino takes the point home of family problems and agrees to try and help him out.

First plan of action is use Hikigaya’s cat to draw out the inner animal lover out of Kawasaki. That only ends up with Yukino getting close to the cat and then berating Hikigaya for interrupting. Little brother calls to inform that his sister is allergic to cats. Second plan involves getting another adult consult with her about her problem. The rather abusive instructor tries to put some sense into her by mentioning how a parent would feel and how this act, whatever it may be, will affect her future. Kawasaki responds back saying her instructor wouldn’t know how a parent would feel because she isn’t married. The devastated instructor is defeated and we move on to Plan C. 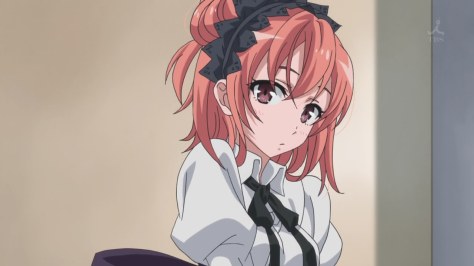 Third plan involves using Hayama from last time to try and charm her but that gets flat out rejected. Little brother calls us saying that a strange store called for his sister and our group moves to investigate. Location 1 leads our investigation crew to a maid cafe and fat chuunibyou is brought so they aren’t completely out of place. The girls don’t feel “in place” walking into such a cafe and dress up inside to fit in a bit. Turns out that they’re not in the right place and the crew moves on. Location 2 leads what is left of the team to high class hotel’s top floor. 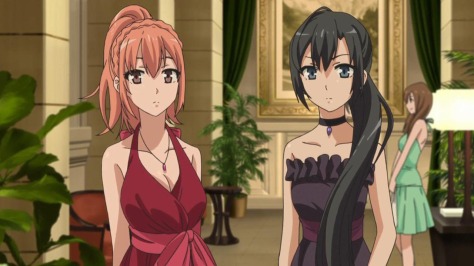 Our usual trio enter the hotel’s bar and find Kawasaki there as the bartender. Hikigaya isn’t recognized by Kawasaki seems to know the other two. Bringing up the subject of her brother, Kawasaki notices the recent rise in people getting up in her business and realizes that the trio is to blame. Yukinoshita brings up some clever references to folk tales that are explained when Hikigaya has to elaborate for the clueless Yui. Kawasaki goes on the offensive when she brings light on what Yukino’s father does and says that someone of such high stature wouldn’t possibley understand what struggles she and her family goes through. Yukino is gunned down and the crew leaves Kawasaki be but Hikigaya asks her to show up to the studying center to deal with the problem

With everyone gathered, Hikigaya pinpoints Kawasaki’s job trend to make money for herself to get into college. Not wanting to cause problems for the family’s financial state, she took up getting a job herself. Komachi adds on to her brother by relating to the sibling relationship and says that even though Kawasaki is trying to relieve her family of problems, her actions only cause a few more problems regarding non-financial aspects of the family and that her brother’s wish to not get in her way is similar to her’s. Kawasaki is won over and as our crew head back, Yukino hints of having a sibling. Hikigaya and Komachi return home and the latter mentions how nice it was to be nice friends to that girl that stopped by earlier in the year. Turns out that Yui happened to be the owner of the dog that Hikigaya saved.

Field trip day arrives and Hikigaya is of course the singled out individual. Yui approaches him to get food together but Hikigaya decides to make it clear. He only saved her dog out of chance and Yui’s act of kindness is a way of “paying him back” and he dismisses her and says that she doesn’t need to deal with him anymore. In tears, Yui leaves

I couldn’t get a hold of a stitched pic of Hikigaya in a fancy suit, the dude looks pretty boss if you ask me. Other than somewhat relevant fanservice (in respectably modest amounts), the episode introduced us to yet another character to our colorful lineup. Saki is alright and I hope to see her more in the coming episodes. Hayama seems close enough to be utilized by our club as an active fill in and Totsuka and Chuunibyou just might as well join. Yukinoshita hints of some sort of sibling corollation and Hikigaya’s confrontation was just downright harsh. Props to Hikigaya though, he knows what he’s doing and his honesty to his self and ideals make him quite the protagonist to watch and follow.