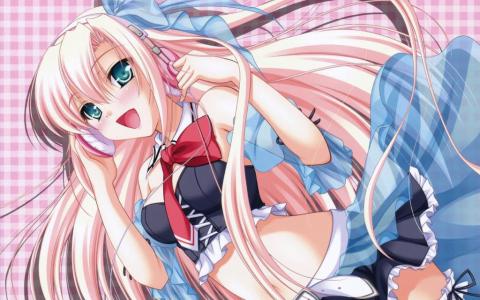 First of all, Happy Birthday to me (Feb.28th was my birthday) and Happy Leap Year….Day. The 29th of February rolls around every 4 years so…do something in your sites to make it display what you did on the 29th!

If you didn’t know, my brother is back from college and school and having him back is eating away my time at working here on this site. As much as I wish to post and use up these wonderful pictures, for the time beingI cannot. I will try my best to get the weekly releases done and a few other thing, like getting Light to post some shit.  By the way, expect a post on figures again 😀 with a small top 5 list that I desperately want.

Why can I not post during my brother’s stay? Well the situation with me owning this site and my brother is basically like Oreimo, as he does not know that I mantain a site like this. Whatever, I digress

Anyways the version I wanted to go for this week’s song was the original: the one with a opening riff in the ending theme begins where it showed a few characters in stylish fashion. Fullmetal Alchemist (the original’s) first ending was probably my FAVORITE song out of the entire series of the anime, in my opinion it even beats some songs in Brotherhood. Whether it be from nostalgia from watching the video and seeing the same scenes I saw as a kid or that it’s just a good song, I cannot say (but probably both)

FMA had a LOT of good music now that I look back on it, so expect a month-worth of FMA songs, with a few Brotherhood songs at the end. The song’s following might be a tribute to Bleach as it entered its final arc, One Piece for still continuing, I also have posts planned regarding Gintama and Samurai Champloo before I upload any songs on those two series