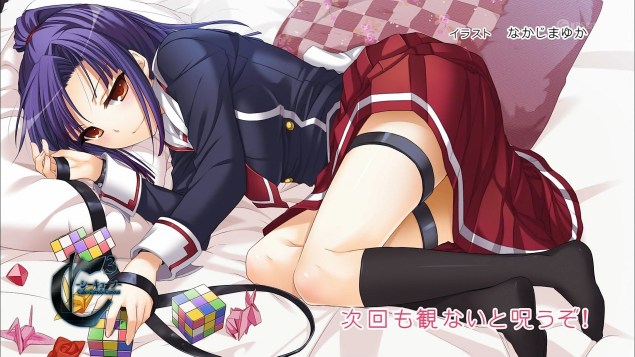 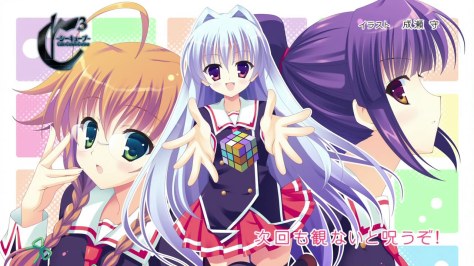 Man, C3, what a craaaaazy ride. Due to the strange nature of this series, lets go on over to MAL

From the light novel series written by Minase Hazuki, comes a story of love, action, and comedy. Yachi Haruaki is a high school boy who is naturally resistant to curses. After his father sends him a mysterious black cube, Haruaki awakes to find a nude girl named Fear standing in his kitchen. She’s the human form of the cursed black cube – and an instrument of torture! Utilizing her special abilities, Fear fights alongside Haruaki to defeat other cursed instruments and their owners. 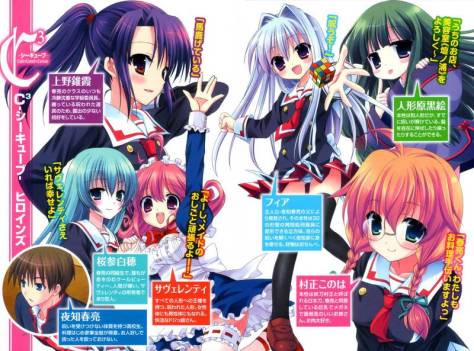 Well with that out of the way, characters! 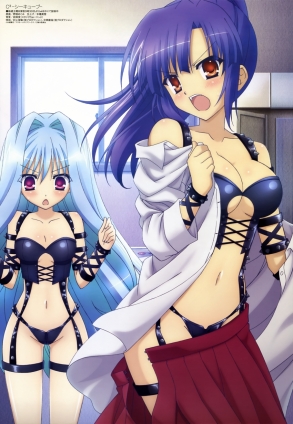 That’s what Kirika will wear under her regular clothes, FOREVER. We got to see a sexy but painful sequence featuring Kirika with that thing in action. 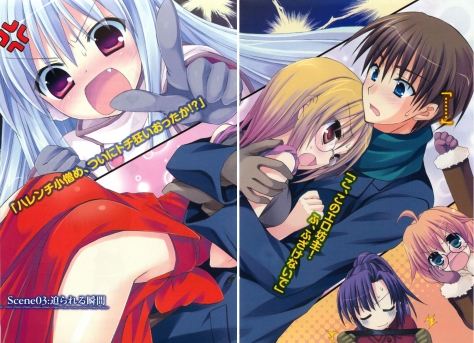 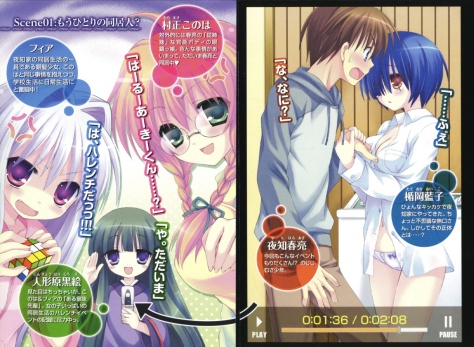 We have a few new characters I haven’t seen. A pretty new girl with glasses and a new blue haired girl with bangs. Not bad.jpg

Overall, I cannot say it’s a bad series, but it’s a series that you need to watch if you really want to know if you want to continue watching. In case you haven’t realized, it’s a harem so everyone’s after Haruaki’s ass 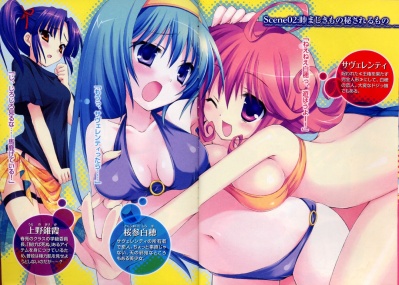 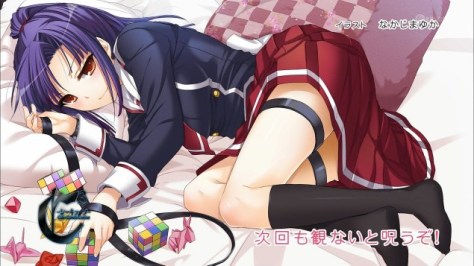 Just give me Shiraho and Kirika (maybe the new glasses girl wouldn’t be so bad too) and we got ourselves a happy series. The only Sovereign that exists in my mind is the one from Mass Effect, so sorry, I’ll just take Shiraho 😀

Watch the first few episodes. Then you can judge for yourself. Apologies for the messy review